Gumslinger has now amassed over 3 million downloads, and it's celebrating by adding a new feature, more levels, and a powerful weapon.

For those not in the know, Gumslinger sees you duelling rival gummy men in western-style standoffs. It's the latest release from developer Itatake, whose horror-themed runner, Rest in Pieces, earned an impressive Silver Rating from us when it launched last year. We never did get around to reviewing Gumslinger, which is a shame because it's quite a special little game.

Boasting a great visual presentation, fun physics, and plenty of gunslinging silliness, it's both very charming and oddly competitive. I put together a brief hands-on video earlier this year if you fancy seeing how it plays. 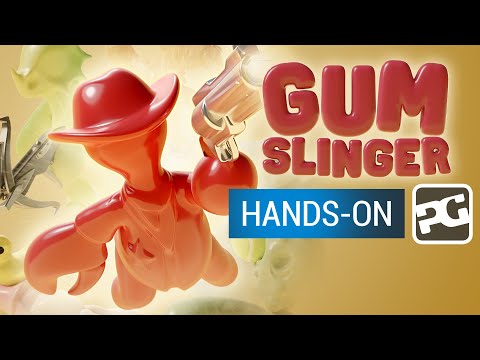 The game's latest update introduces some new levels to tackle, including the zen garden, hell's kitchen, and beach areas. They each boast their own skillshot missions to test your mettle on when outside of the standard tournament duels.

Beyond that, there are also new characters to add to your roster, a minigun to decimate your enemies with, and a confetti feature for celebrations.

If you're yet to give Gumslinger a go, you can rectify that now by downloading it from over on the App Store and Google Play. It's great fun in short bursts, and it sounds like it's come on by leaps and bounds since launch. There's also currently a sale going on within the in-game store.

Searching for the very best mobile action games? Here are 25 of our favourites for iPhone & iPad
Next Up :
Ninja Must Die is an upcoming combat-focused action runner with stylish ink-based visuals, now open for pre-registration