Toho Games is releasing a new mobile game later this month called Godzilla Destruction. This comes along with a wave of other new Godzilla spin-off products to tie-in with the recently released Godzilla vs. Kong film which released in cinemas and online last month.

Godzilla Destruction allows you to become the King of the Monsters himself and embark on a global rampage leaving chaos and destruction in your path.

???? The #GodzillaDestruction mobile game has been pre-released in Canada and Australia! Go on a wild rampage around the world and level entire cities! Watch the trailer here: https://t.co/9E0ZHUvezD pic.twitter.com/bQlZ9wcE8T — GODZILLA.OFFICIAL (@TOHO_GODZILLA) April 14, 2021

Using the tap of your finger, you will control Godzilla and use his colossal body and devastating Heat Ray to crush historical buildings in cities across the globe as if they were toy blocks.

Check out the trailer below, which will give you a taste of the terrifying action to be expected in Godzilla Destruction. 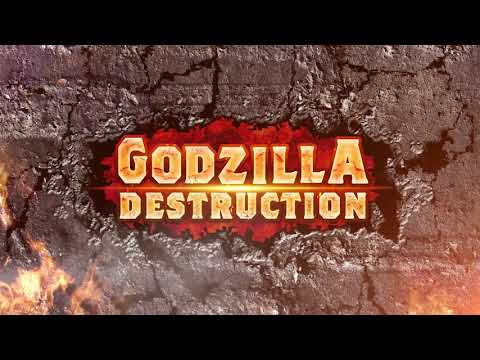 This is just the next installment in a line of Godzilla-themed games which are coming to mobile this year after the recent release of Godzilla vs. Kong in cinemas. Run Godzilla was released last month and is a game about growing kaiju so they can set out on adventures, while the upcoming Godzilla Battle Line will be a real-time strategy where you form your own team of kaiju and fight online against other players from across the world.

Godzilla is a franchise of monster films featuring the titular gigantic creature, who has appeared in dozens of films since his first appearance in 1954, including several American reboots and television series.

You can pre-register Godzilla Destruction now for either iOS or Google Play by following the links.

If you like action games read about some of our favourites which you can download from the Google Play store.
Next Up :
Black Desert Mobile reveals new Drakania class alongside other major updates and announcements