If you didn't think there were already enough places to play Genshin Impact, HoYoverse and Nvidia have jointly announced that the popular action RPG will be heading for GeForce Now on June 23rd in over 80 countries and regions. The game first launched in 2020 for iOS, Android, PC and PS4. It has since arrived on PS5 and with this announcement will soon be available on even more devices.

If you're unfamiliar, GeForce Now is Nvidia's cloud-based game streaming service. It launched in beta way back in 2015 before fully releasing in February 2020. The service has been refined since then and is a good spot nowadays. Last year, we went hands-on with the service and shared our thoughts. 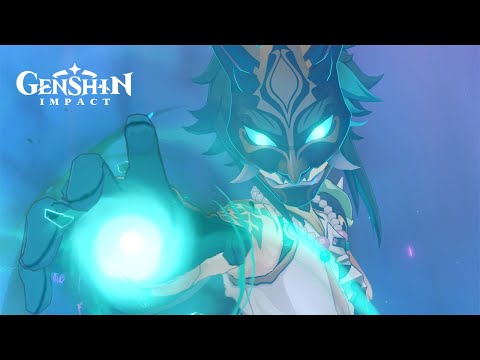 Discussing Genshin Impacts's impending arrival on GeForce NOW, Wenyi Jin, Vice President of Globalization at HoYoverse, said: “The Genshin Impact beta on GeForce NOW showed us the potential of bringing an immersive gaming experience within reach to many more gamers. "We believe that GeForce NOW makes it possible for both existing fans to expand where and how they play, and for new players to start with more options."

Meanwhile, Phil Eisler, Vice President and General Manager of GeForce Now at Nvidia, said: “Genshin Impact is a fantastic game that's wildly popular around the globe. We look forward to its official launch on GeForce NOW next week, which will give millions of Genshin Impact fans and new players an opportunity to play the full PC version on more devices."

Genshin Impact will arrive on GeForce NOW on June 23rd. In the meantime, you can always download it from the App Store and Google Play. It is a free-to-play game with in-app purchases.

On the hunt for Genshin Impact codes? Well, you're in luck, we've gathered them all into one convenient place!
Next Up :
NieR: Reincarnation will finally get released in Southeast Asia