The announcement came in the latest Developers Discussion for the game which outlines the current state of the game and details upcoming changes to it.

The third question in the post reads “We'd like to use controllers on iOS devices... QAQ” to which miHoYo replied: “The developers have heard your cries — from Version 1.3 onwards, devices that have had their operating systems upgraded to iOS 14 or higher will now support the Xbox Wireless Controller (Bluetooth Version), Xbox Elite Wireless Controller Series 2, PlayStation DualShock 4 Wireless Controller, and iOS-specialized Bluetooth controllers (partial support)!”

We have a lot of Genshin Impact codes you can redeem for some exceptional prizes!

So there you have it. Controller support will be coming to the upcoming Version 1.3 of the game and beyond for users on iOS 14 or higher. It doesn’t look like the feature will be available yet for anyone playing Genshin Impact on Android, but this could be subject to change in the future. 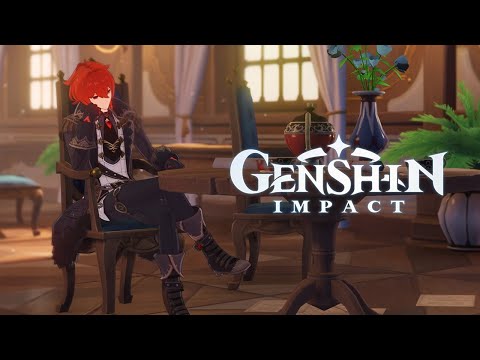 The Developers Discussion also revealed that pre-installation for Version 1.3 will be made available to mobile players, which will reduce the time needed to update the game’s resources and ensure everyone can access it when the new patch is live. This is a good feature when there'll be so many people trying to play the game on launch day, so it will hopefully lighten the load a bit.

There are eight questions overall in the Developers Discussion, also addressing balance concerns about the game and more future updates, so it’s worth having a read if you want to see more about what miHoYo has in the pipeline.

You can play Genshin Impact by downloading it from the iOS App Store or Google Play for Android. It’s a free to play title containing in-app purchases.

Check out our guide to Genshin Impact where we've provided some basic tips to start your adventure.
Next Up :
Harry Potter: Puzzles & Spells is now available in South Korea whilst a bunch of Zayn Malik inspired avatar items have also been added