Garena Free Fire’s latest campaign is set to end with a bang with the launch of a new music video. Free Fire’s new Squad BEATz music video features a new song called BEATz Go Boom, which will be released on February 12th. Additionally, Garena is also adding multiple new in-game events, rewards, a new mode, and so much more. Check it all out below.

BEATz Go Boom is Squad BEATz’s debut track and it will be a mix of reggae, funk, pop, and K-pop. it is a groovy song that preaches everyone to march to their own drum. The lyrics celebrate individuality and players can enjoy the beat as they battle in-game. Catch the teaser for the music video below. You can also listen to BEATz Go Boom now on Spotify. 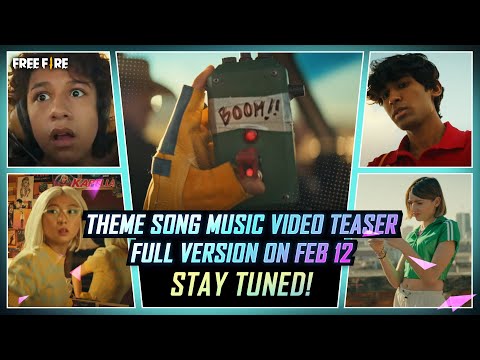 Moving on to the new game mode, from February 12th onwards players can engage in Pet Ludo with their friends. The basic premise is of course classic Ludo, but Garena has added its own twist to the traditional format so that players can enjoy it even more. Pet Ludo will feature everyone’s favourite pets - Mr.Waggor, Moony, Sensei Tig, and Ottero as the playable characters.

There’s also a horde of rewards coming to Free Fire as we draw closer to the peak of the Squad BEATz campaign. There’s an entire collection of exclusive Squad BEATz rewards waiting to be won. Logging in on February 12th will grant everyone a limited-edition loot box featuring exclusive goodies and completing challenges before February 20th can unlock the grand prize – the Jewel Mystified bundle featuring an amazing skin that players would not want to miss.