Garena has announced an exciting new collab event for Free Fire. Back on its second run, the Money Heist crossover event (also known as La Casa De Papel) is bringing lots of fun and mayhem to the survival shooter from December 3rd to December 14th.

Free Fire's collaboration event with the hit Netflix series features "Final Episode: Raid and Run", which will take players through a brand new journey with new missions and tons of cool in-game goodies. This includes collaborative themed items plus engagement activities all over the game's social media channels.

“This second edition of the Free Fire x Money Heist campaign builds on the positive reception we saw during the first crossover event last year. We think about what our players would enjoy, and look for ways to assimilate it into the Free Fire universe. Content that will bring communities together - whether in or outside the game - is what we hope to celebrate with this campaign,” says Harold Teo, Producer for Free Fire. 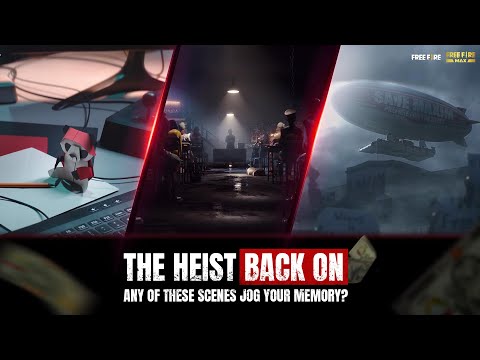 With the Google Play Best of 2021 Users’ Choice Awards under its belt, Garena Free Fire will welcome some new web events, a new interface, and an in-game reskin in the Final Episode: Raid and Run event. Survivors can also indulge in themed items from the exclusive Free Fire x Money Heist collection as well.

If you're keen on getting your own slice of the pie during this exciting collab event, you can download the game on the iOS App Store or on the Google Play Store for Android devices. It's a free-to-play game with in-app purchases.

Are you on the hunt for more mobile titles where you can fight to be the last one standing? Why not take a gander at our list of the top 15 best shooters for iPhone and iPad (iOS)?