Time to bust some ghosts

Popular battle royale game Garena Free Fire has unveiled details for its first Elite Pass of 2021. It's called Specter Squad and will take place in a not-too-distant future where spooky ghosts exist and some of them have turned evil, as you might expect.

To combat these evil spooks, many countries have created their own specter squads to deal with the threat they pose. The Elite Pass itself will focus on two members of these factions, Huge and Enid. The pair are old friends and have been busting ghosts for a long time. 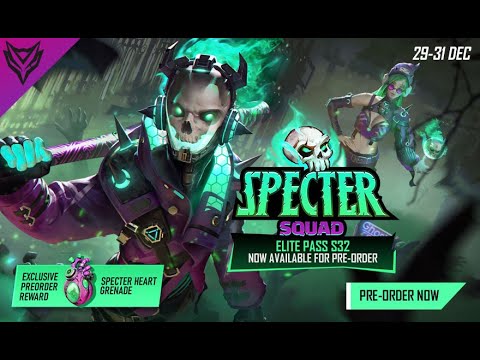 This EP will follow their journey tracking down a dangerous and particularly annoying ghost that's taken up residence in a small town. Some the specter's crimes include setting houses on fire, starting fights with humans and killing an innocent man in a park.

So that's the lore, but what goodies are up for grabs in this EP? Some of the rewards will include the Specter Raider Bundle and Specter Basher Bundle, which are the outfits worn by Enid and Huge respectively.

Garena is also set to launch a site that will allow players to further explore the story in this EP, which draws a lot of its inspiration from the punk aesthetic. They then threw in some purple and greens to give it a spooky feel.

Enjoy battle royale games? Here are 9 of the best available for Android devices
Next Up :
CROSSFIRE: Warzone adds new Sudden Breach content and other quality-of-life improvements in latest update