Garena’s Free Fire is turning up the heat on the tracks with its Race to Ace crossover event. The popular battle royale title has partnered with McLaren in a sizzling hot collaboration event that features a “thematic takeover” of the game.

The Free Fire x McLaren collab lets players score exclusive limited-time goodies and immerse themselves in the need for speed with the completely revamped lobby. As soon as you log into the game, you’ll be greeted with awesome collab-themed elements in the lobby such as the themed car garage decked to the nines with McLaren P1™s. As the world’s first hybrid hypercar, these sleek beauties are all on display to hype up the overall vibe of the crossover event. 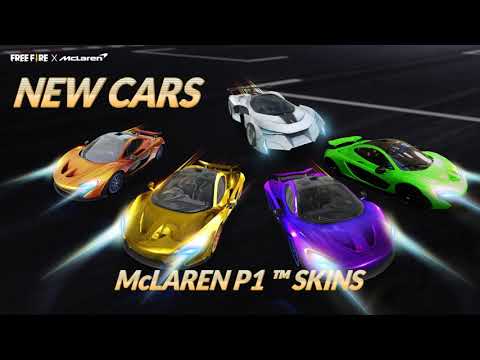 Apart from the lobby, McLaren design elements have also transformed in-game items such as the airplane, airship, and airdrops with a distinct signature style. You can also place a McLaren fuel station in Spawn Island if you feel like it - plus, there are tons of gold and diamonds up for grabs in there as well.

Race to Ace begins on July 23rd, where players can reap rewards for every lap completed - finishing at least five laps grants you the grand prize. You can switch between cars at any point during the race, as well as collect Chequered Flag tokens for welcome speed boosts.

Free Fire is available to download as a free-to-play game with in-app purchases over on the App Store and on the Google Play Store. if you just can’t wait to get in on all the action, you can check out the other themed skins available in the embedded YouTube teaser above.

Looking for more exhilarating survival shooters? Take a gander at our list of the top 9 best battle royale games for Android phones and tablets!