Garena Free Fire’s popular 5v5 gameplay mode Bomb Squad is set to receive an update that will introduce new features like a different map, refined systems, ranked modes, and more. This update will land on June 10th and to celebrate its arrival, Free Fire is hosting a team challenge that will be available to players until June 12th. 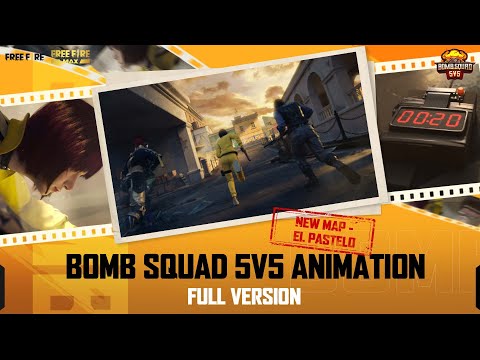 While the Bomb Squad mode isn’t something new for Free Fire players, the update is definitely going to shake things up. The new matchmaking system will give players an extra challenge and they will have to stay on their feet, strategizing as the game progresses if they want to win. Bomb Squad will also feature a buy request system and a random store will be thrown into the mix. The cinematic trailer above gives a good look at the fun these matches will bring.

From June 10th, players will be able to hop into the new map called El Pastelo, which is a colourful town with brick roofs and small houses and shops in yellow, red, and blue colours. The map is quite vibrant and the fast-paced combat the mode offers should match this. Additionally, players can take part in warm-up missions that challenge them to survive 10, 15, and 30 minutes for tokens that can be exchanged for the Imprinted Trap Grenade skin and more.

The ultimate team challenge will finally take place on June 10th and players who finish their daily missions and take part in ranked matches will stand to win extra rewards between June 10th and 16th. Those logging in on June 11th will also get the Ballin' n Brawlin' Baseball Bat for free.

If you’ve got a squad of five ready to hop in, then download Free Fire for free on the App Store and Google Play.

Also, check out the best battle royales to play on mobile!
Next Up :
Al General is a new military strategy game from Babil Games, available now for iOS and Android