Gale of Windoria lets you ride Beakles and save the world in a pixel-art RPG, out now on mobile

KEMCO has officially launched Gale of Windoria for both iOS and Android devices today, letting players experience a new pixel-art fantasy RPG on mobile. While it's a premium game, selected regions can access a freemium edition on Google Play with in-game ads.

Gale of Windoria takes players on a quest to purify the corrupted Tetra Quartzes as they soar through landscapes in their trusty Beakles powered by the breeze. Elements play an important role in combat here, as players can also combine characters' abilities as they go along. 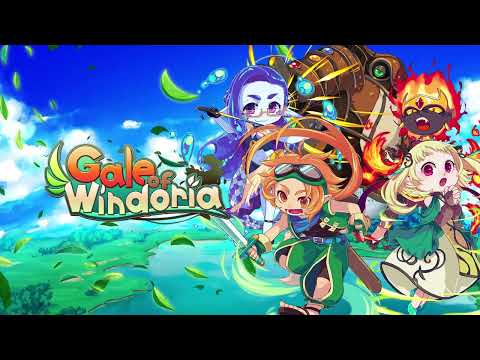 The game also features Quartzes that can provide useful buffs in battle, which include boosts in stats, skill acquisition and even instant death skills. Players will get to know a colourful cast of characters along the way as well. For instance, Shan is the son of a Beakle craftsman who dreams of becoming a Knight of the Winds someday, while his childhood friend Wina - the Maiden of the Winds - can hear other people's thoughts via the power of the breeze.

If you're eager to give it a go and embark on your own adventure across the winds, you can now download Gale of Windoria on the Google Play Store for Android devices and on the iOS App Store. It's a premium title that costs $7.99 for Google Play and $6.99 for the App Store or your local equivalent. You can also visit the official website to stay updated on all the latest developments, or take a little sneak peek at the embedded clip above to get a feel of the game's visuals and gameplay.

Next Up :
Little Dog Bob is a completely free 2D endless runner with hand-drawn visuals, out now on iOS