Some gamers out there (mainly those pale skinned, Japanese game importing know-it-alls with an allergy to sunlight and human contact (like me)) will give a girly shriek when they hear Japanese game developer Yoot Saito’s name mentioned.

For the uninitiated, Saito created the third best-selling Japanese Sega Dreamcast game, Seaman, which was a kind of mental cyber pet game voiced by Leonard Nimoy, requiring you to help a sarcastic fish-thing to evolve. Seaman 2 was subsequently released for the PS2 (in Japan only), and featured a simian character called GABO.

Yoot Saito intended to perform something of an experiment on the iPhone by placing GABO on a desert island and asking gamers to help him survive and evolve in a unique app/game. Typically, Apple has responded to Saito’s innovative approach to game design by blocking the app during the submissions process – after all, we don’t want innovation and free-thinking spreading through the games industry again.

The reason given (which Yoot was lucky to get) was that incidents in the game were "unpleasant". Apparently Apple doesn't see any irony of hypocrisy in the fact that iFart has been at the top of the App Store list for quite a while now.

So it seems that GABO! has been left to die – at least on the iPhone. Perhaps Apple has created an opportunity for the Android to gain a bit of ground, here? We can only hope. In the meantime, check out this video of GABO! in action, even though you can’t have it. 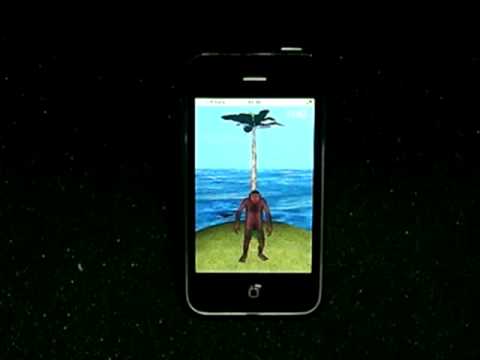 Subscribe to Pocket Gamer on
Next Up :
Tilting Point releases its own Tilting Point Launcher with Warhammer: Chaos & Conquest and Operation: New Earth as the first two titles