Level up and get more characters in FRAG

FRAG Pro Shooter is finally available on mobile devices, and we've been spending hours upon hours shooting up our foes - and now you can too, once you download it.

But levelling up and getting a stronger team isn't obvious in FRAG. After all, you don't level up simply from winning matches. What gives?

Well if this has been puzzling you then it's a good thing we've put into context how you can level up yourself and your team in FRAG. Buckle up, it's a long ride.

In this guide we've got tips for characters, their cards, levelling them up, getting gold, shopping and more, so read on for the essential primer on getting stronger in FRAG. 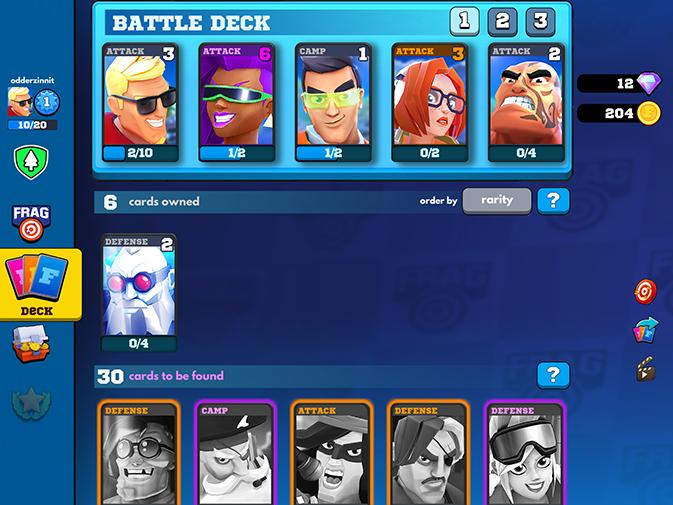 Character cards will be the most important thing you collect in FRAG, and you'll need lots of them to level up both yourself and your characters.

Character cards are, obviously, there for unlocking characters. Luckily, you only need a single card to unlock a character, and excess cards will go into levelling each individual character up.

Of course, the best way to unlock these characters is through opening chests, which you'll get from winning battles.

When you get enough character cards to level up a character, it'll cost a small amount of gold to level them up, so as tempting as it might be to spend in the shop, try and be sensible with the gold you have.

As said, character cards will be the most important thing you collect, but why? Well they don't just improve your cast, they're essential for a lot of other things too.

In FRAG, you don't level up from winning matches. Sad but true, I suppose that would be too easy. Instead, the only experience you get is from levelling up characters, giving you a small amount of experience for each.

That means levelling up characters is one of the most important things you can do, and of course, you'll need more character cards for that.

It's slightly frustrating, but this is the way levelling up plays out in FRAG.

You'll get chests from winning matches, and then will have to wait for a timer to elapse before opening them, the shortest being around four hours. Yikes.

This means checking in on FRAG once a day is a good idea, but once you've filled your chest slots, there's little point in continuing until they open up - unless you're hoarding gold. 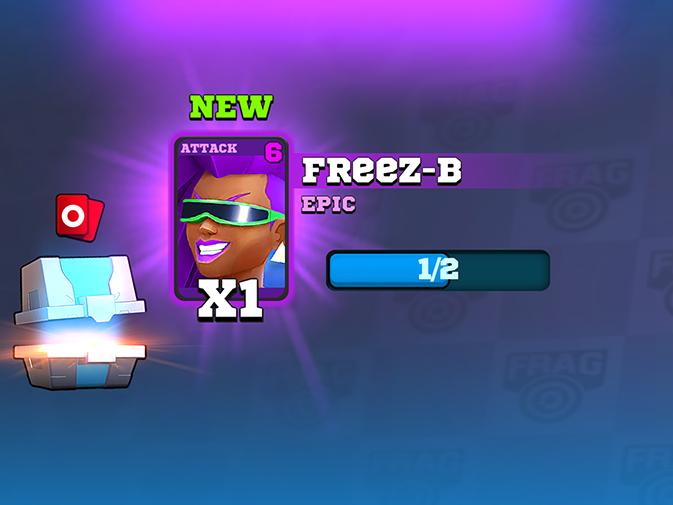 The shop is of course where the game will tempt you into purchasing gems, but you don't need them. You want cards.

Character cards are available here, and if they cost gold and relate to a character you want to level up, it's well worth it.

This is the most organised and predictable way of getting character cards, but limited quantities are available, and