Every character you can play as in FRAG

FRAG: Pro Shooter is the latest multiplayer shooter to hit your mobile device, and it's pretty decent if we do say so ourselves.

The third person shooter will have you strafing between cover and selectively shooting opponents as you march forward and destroy the enemy targets in order to win the game.

You'll need to learn to play as a big variety of characters across the roster, and of course unlock them in the first place, in order to become a FRAG master.

To help you out, we've put together a full list of every single character in the game, so you can study up on their strengths and stats before jumping into battle.

We've listed their important stats, such as HP and damage output, in addition to the stats you might not know about, for example, which character type they're strong against. Learning these will greatly help you in your match ups in game. 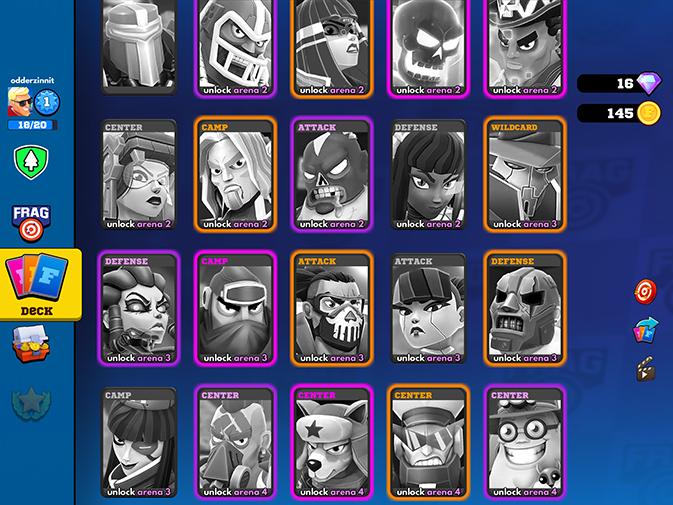 Once you know the strengths of all the characters, you can put together a strong team ready to take down any enemy.

If you need even more tips on FRAG: Pro Shooter, a good place to start is with our essential battle tips that'll help you win match after match.

Once you've mastered the battle, it's time to level up yourself and your characters as you ascend through arenas, which is why we've got this guide on levelling up a strong team.

You'll see from our list of characters below which have the best stats for your playstyle, and which ones will be the ones to carry you to victory. Take note of the character's rarity too, which will point out how likely you are to get them from chests. It can be a struggle!

You'll unlock more characters as you ascend through the levels of the arena, so prepare for battle and good luck!

Here are all of the characters available in Arena 1. 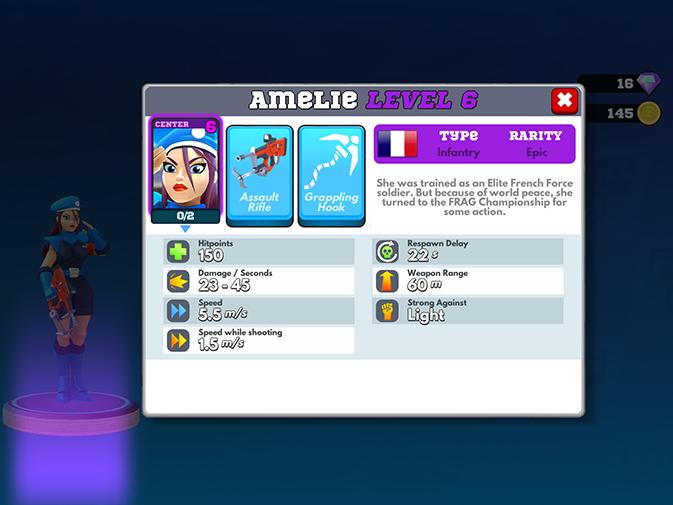 As you get through the arenas, the characters will get tougher! 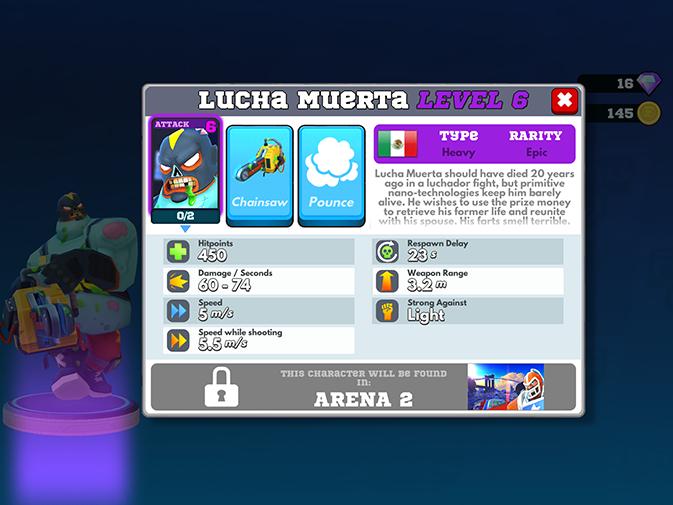 These characters are some of the very toughest and rarest in the game. 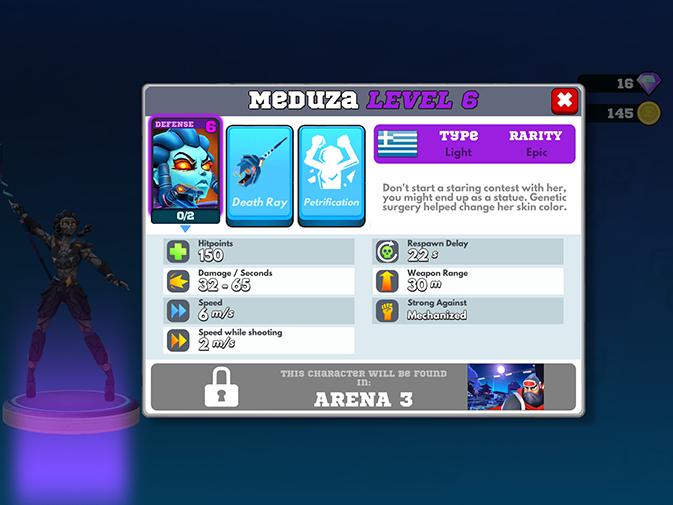 If you unlock these five characters, you might have the ultimate team. 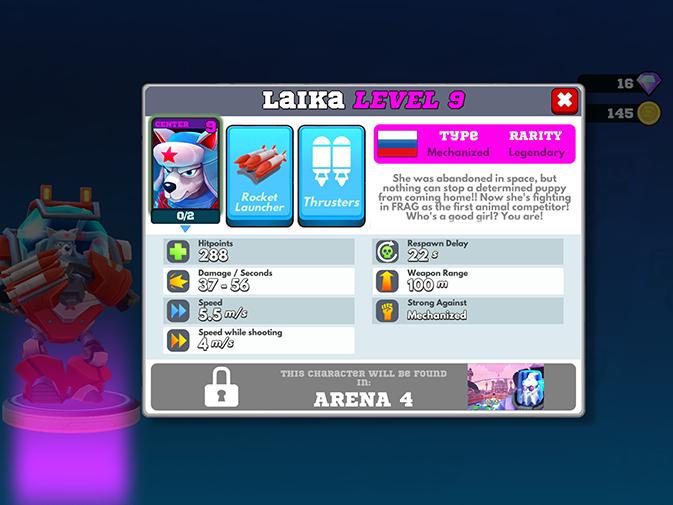