Learn to use your abilities in FRAG: Pro Shooter

You haven't had enough shooting to do on the go, have you? None of us have, and that's exactly why FRAG Pro Shooter has landed in our laps.

In FRAG you'll be taking on real players in a game of shooting and strategy as you assemble the best team possible to overpower your enemies.

Get the strongest team and hunt down the enemy targets to win the round - though it's not always that easy. Read on for the essential tips you need to hunt down enemies in FRAG.< 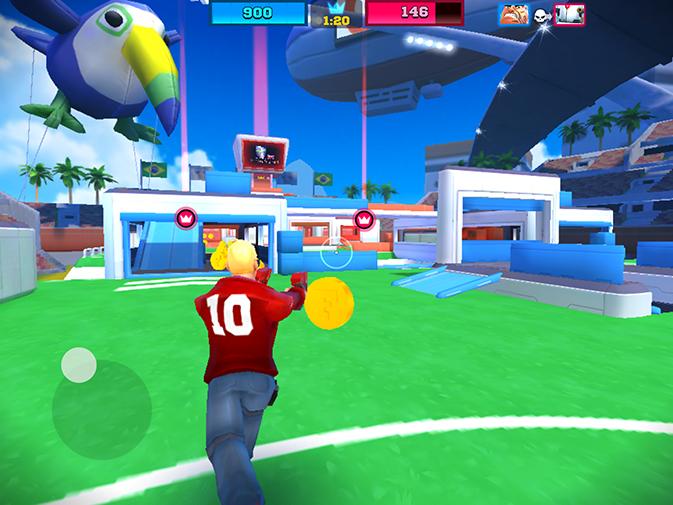 The most important thing factor when becoming a master of FRAG Pro Shooter is understanding your team of characters.

Each character has a different style of shooting, and a different special ability. You must know in detail the type of weapons used and how best to use them, and how to use their abilities.

For example, you'll quickly learn that slow-travelling rockets are best aimed at the feet of enemies, lest they strafe out of the way and it completely miss.

Other projectile weapons are worth looking at too. The general idea here is to aim just ahead of where your enemy is moving to, to be able to hit them.

Pistols on the other hand seem to hit enemies instantly, using a more traditional hit-scan technique. So characters that use pistols or other hit-scan weapons can just aim and fire away at enemies with little concern.

Then there are the abilities, including freezing enemies, placing remote mines, jetpacks, and more. Of course, each has it's own utilities. The remote mines can be placed on walls, and are great to lay on the ground when enemies are chasing, or on ramps or near enemy targets.

Jetpacks meanwhile make for great quick escape when under fire, or can be useful for flying straight up the enemy tower to get at their third and final target and win.

Take your time with each character and learn how their weapons are best used, and special abilities.

It's a technique as old as shooters, and it's as important here as ever. Strafing. It's as simple as that.

Strafe between cover and shooting your enemies in order to, of course, take cover while still managing to do damage. You can even double back one enemies that adjust to your strafe skills.

It's an incredibly useful tactic here, as is shooting targets from awkward angles. Essentially you just want to use all of your knowledge of the stage to make it as awkward as possible to hit you, and near the enemy targets, you can stand just outside the small building, on the ramp, to make rear attacks impossible.

Ah, we've mentioned the targets a fair bit, but what are they? Well, they're the way you win the game. This isn't about kills - as much as they help - this is about points.

The enemy has three targets. As do you. Two in small buildings, and one in a tower right at the back of the map. You'll want to shoot at these to do damage and win the game.

One you've destroyed two targets, the barriers open up letting you climb your enemy's tower and shoot their final target, which has much more health. If you take this down, you win. Jetpacks make the ascent easier, while remote mines can be used to cover your back. 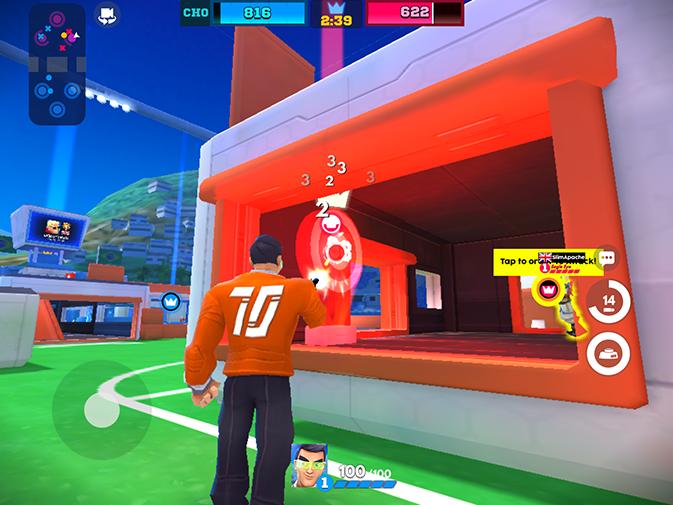 3
The one to watch

When fighting against an enemy team, most of your enemies will be bots. There is one, however, that is a real player, and they are the ones you should worry about.

When you see a real player put all of your tactics into action to take them down. Delaying the real player will easily delay their entire strategy.

The real player will be identifiable with a flag of their country next to their name. Watch for them, and then hunt them down.