Is FRAG: Pro Shooter still one of the best mobile shooters?

FRAG: Pro Shooter went global just over a year ago on March 7th 2019, and since then the game has seen reasonable success, and for good reason. This is a solid PVP shooter that comes with a unique take on the kind of RTS tactics you see in Clash of Clans, mixed with real-time running and gunning.

If you haven't already played FRAG: Pro Shooter, there's a good chance you'll enjoy the experience, but only a year on from launch, we already have questions about the game's longevity.

But after jumping into the game today for the first time in a long time, I came away from it feeling surprisingly positive about the potential FRAG: Pro Shooter has to live on into the future. 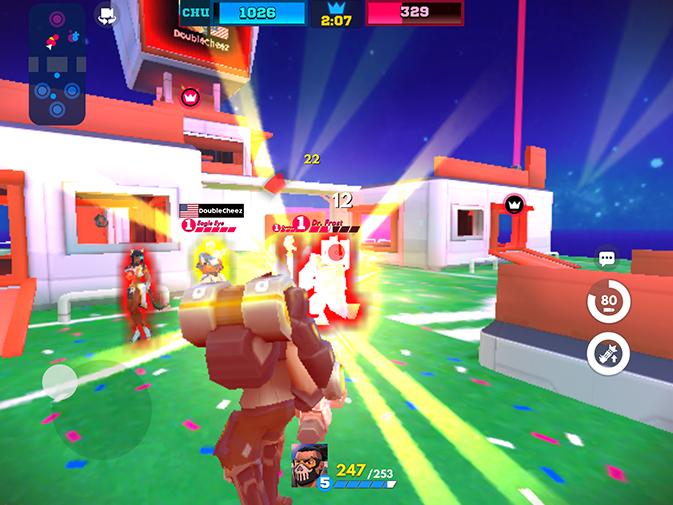 FRAG: Pro Shooter has rules which resemble those of one of the many Clash of Clans-style games you'll find on mobile. These are RTS games where you take down two small towers or targets, before moving on to a final one, all while commanding your troops on the field while looking down from on high.

Here you will be sending troops to your ideal locations, and there are two small targets to destroy before moving onto the finale, but the camera view is totally different. You'll be guiding a hero in third person, moving, shooting, and using the array of abilities yourself.

You can make your allies either defend your targets or attack the opponent's targets, for the added benefit of AI help. You'll be the only human player on your team, and your opponent's team will only have one human player too. You can hop between your chosen team of heroes after you die, taking up their abilities and locations, continuing the battle. It makes the fight feel like there's no downtime during their relatively short and refreshing run.

It means during any given game you'll be playing with up to five different heroes, using different abilities, weapons, and getting kills (or frags) on all of them, with each presenting a different way to play. Getting this much gameplay variety in such short games is wonderful of the mobile platform, which demands a brisk pace. 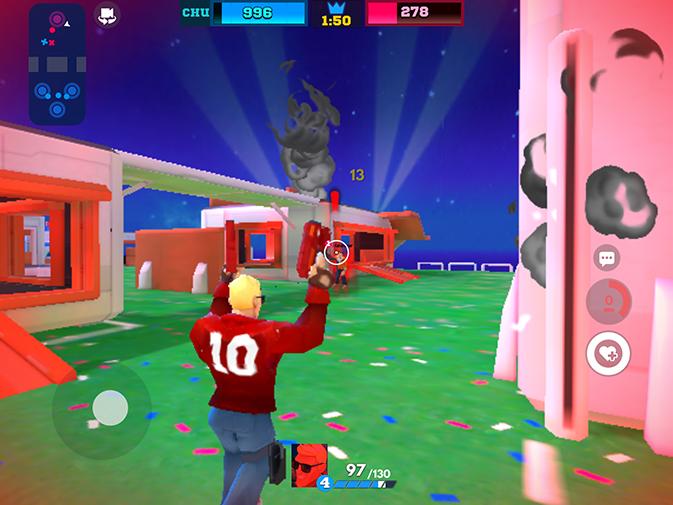 Long in the teeth

So, conceptually, it's wonderful. In practice, it's fine. I don't want to sound too negative about FRAG, since it does so many things so right, but the designs of stages and the general graphical fidelity leave something to be desired, as do the shooting mechanics, which work best when simply aiming and auto-shooting. Hardly the most intense gameplay experience, but of course, each hero comes with an additional ability, and the mechanics work well enough.

But this comes on to my primary complaint. Everything here just feels old hat already. Only a year on from the global launch of FRAG: Pro Shooter, things are feeling distinctly old-school. Recent shooters on mobile include Shadowgun Legends and Respawnables Heroes, sequels in their respective franchises which take the experiences to new heights. Better visuals and better gameplay than ever before, making the games comparable to console hero shooters.

But FRAG doesn't do that. FRAG, unfortunately, already feels like it's stagnating, and against its competition, it might struggle in the market. If FRAG's lower-fidelity visuals aided it in running well on older hardware it'd all be forgiven, but in my experience, my slightly older iPad Mini 4 doesn't play well with FRAG, despite holding up well with many modern Apple Arcade titles which have, frankly, better visuals. So, what redeems FRAG against these other games?

And that's the problem. Not much. I just don't know if I can recommend FRAG: Pro Shooter as much as its contemporaries. FRAG already needs that big sequel that changes the game, and we don't know what Oh BiBi is cooking up behind the scenes, but fingers crossed it's as ambitious a sequel as FRAG deserves.