The speedy follow-up to FlipChamps, FlipChamps Reloaded, is on its way to iOS

Aside from working with Colin Lane on Golf Zero and Touchdowners, the talented Brad Erkkila has been working on a project of his own called FlipChamps Reloaded. 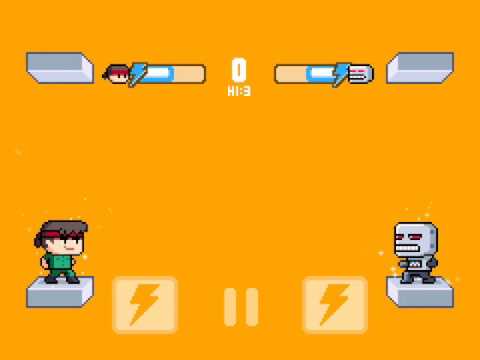 Subscribe to Pocket Gamer on
Sequel to the much-loved FlipChamps, FlipChamps Reloaded is a simplified arcade fighting game where you have to collect orbs to fill your attack metre. Once you've reached your mark you can unleash hell on your opponent and make 'em run home crying to Mama...or, y'know, something like that.

So far as I'm aware it's got a few different modes, consisting of an endless arcade mode, a same-screen multiplayer, and a Street Fighter II-style championship mode with hidden bosses.

There's no word yet on when FlipChamps Reloaded will be out, but you can expect it on iOS (and potentially Android), likely free to play.