Where's your next fix?

Dong Nguyen originally said that he was taking Flappy Bird down on account of the unwanted amount of attention it got.

In an interview with Forbes, though, Nguyen stated the reason he took the highly popular game down was it "happened to become an addictive product."

"I think it has become a problem. To solve that problem, it's best to take down Flappy Bird. It's gone forever," Nguyen said.

In the same interview, Nguyen denied allegations that Nintendo had forced him to take the game down for legal reasons (the green pipes you dodge in the game are similar to those in Super Mario Bros.).

Nintendo also denied these claims when speaking to The Wall Street Journal.

Nintendo spokesman Yashuhiro Minagawa said: "While we usually do not comment on the rumours and speculations, we have already denied the speculation." 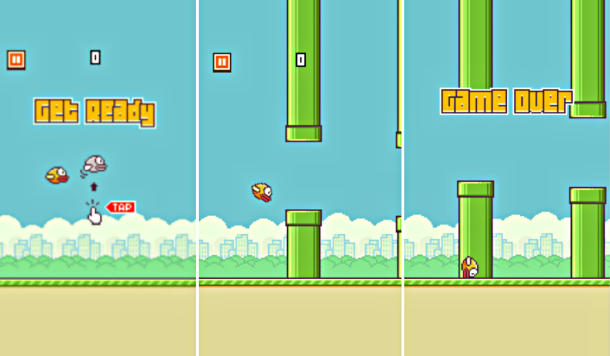 For all manner of reasons, then, Nguyen pulled Flappy Bird from the App Store and Google Play.

If you don't have it installed on your phone right now, by the way, but did have it on there at some point, we have produced a guide in which we show you how to restore the game to your iOS device.

If, however, you just want to try something similar to the now-legendary Flappy Bird, check out this list of 11 games.

We've also rounded up of some of the best and worst Flappy Bird clones. For shame.

Next Up :
Marvel Contest of Champions adds Spider-Man Supreme and The Spot in latest update