Now that Flappy Bird is no longer available for iOS or Android, we figured that you might be trying to find a game to replace it.

In fact, we know you are. That's because a number of Flappy Bird-esque games have shot up the Top Free Games chart on the App Store today.

To save you the pain of searching, then, we've played some of these free Flappy Bird-inspired games. Here are some brief impressions of each of them just for you. Yep, you.

If none of these float your boat, well, you could always try one from this list of games that are similar to Flappy Bird that we compiled last week. 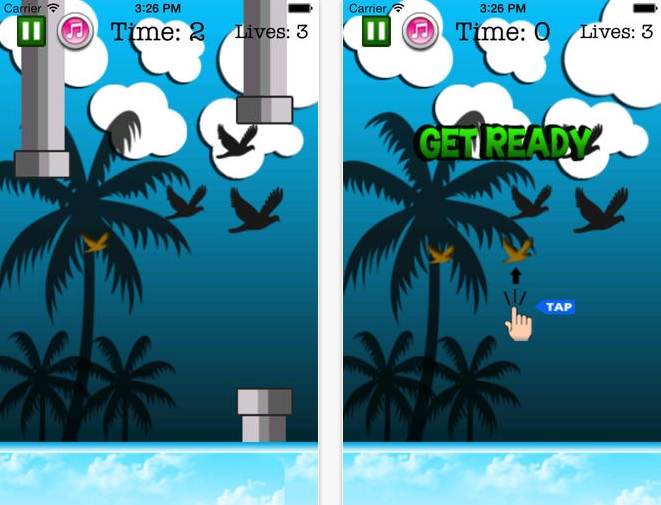 Quite frankly, Fly Birdie is awful.

It lacks everything that made Flappy Bird worth playing. For starters, you get three (yes, three!) lives. And if you want more, you can spend 69p / 99c on three more. Sigh.

There aren't actually THAT many similarities between this one and Flappy Bird. However, it's not too bad.

Here, you play a bird that can't fly properly. You need to collect the fruits on each island using your limited flapping ability. Once you've got them, you can then ride on the breeze to the next island.

You tap to guide a bee. Said bee collects flowers that turn into jars of honey. That's it, really.

Hardly any challenge, annoying music, and a logo ripped from Bee Leader. Don't make a beeline for this one. Sorry.

Here's one with a similar design to Flappy Bird. Almost.

You tap to make the plane travel upwards and try to avoid incoming walls, bats, and other hazards at different heights.

The advert at the bottom of the screen is a little annoying. Altogether, though, this one is at least tolerable.

Here, we have a bird that's flying through a jungle trying to collect coins. It's not too difficult at first. But when the moving walls, dynamic pillars, and the bullets start flying towards you, it becomes much more difficult.

The worst thing about Fluffy vs Flappy Birds is that it has IAPs built into it. However, you don't need them. And the adverts don't even seem to interfere much at all.

In summary, it's not bad. It's a little slow, sure, but maybe worth a look. 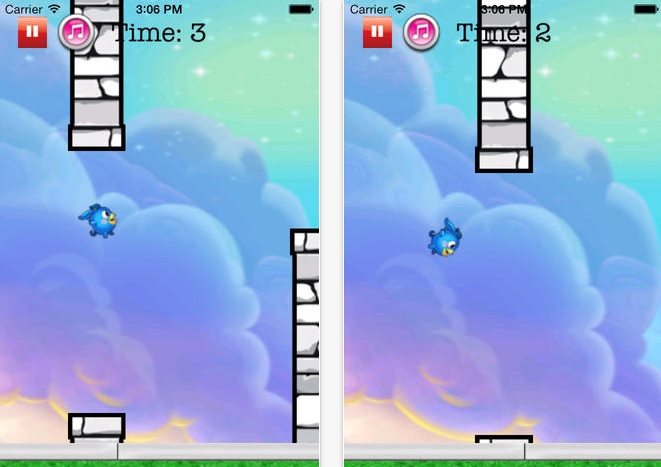 The only thing that Smarcle Flyer is missing is a more immediate challenge. You tap to guide a little winged creature through the pipes. If you don't, it will fall quite dramatically.

This is the closest thing to Flappy Bird we've seen hitherto. So, if you're looking for a like-for-like replacement, this is the best you're gonna find for now. 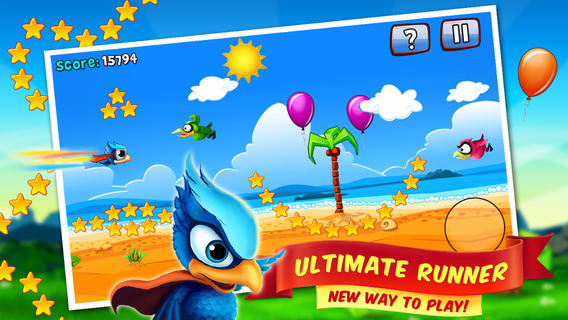 We didn't like Bird Mania on the 3DS that much. Don't expect it to be much better on iOS, then.

But if you're looking for a Flappy Bird fix, perhaps it's worth ten minutes of your time. Perhaps.

Bird Mania's problem is the distinct lack of challenge. You use one thumb to guide your bird up and down. You use the other to make the bird dash.

You dodge trees, collect stars, pop balloons, and dash into enemies to destroy them. As said, it's not very hard, though.