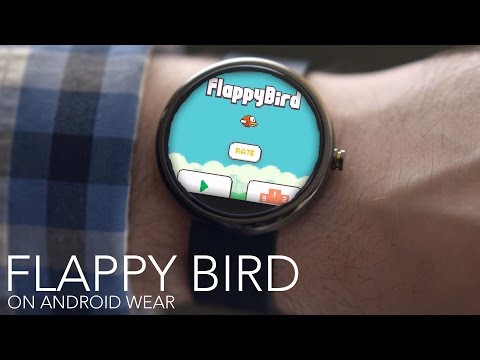 With 2014 over you may have thought you'd heard the last of Flappy Bird. But, nope, a hacker got his year started by getting the game to work on Android smartwatches.
Corbin Davenport used a modified version of the Flappy Bird .apk and Android Debugging Bridge to make it happen.

He's written up instructions on how he does this on his website. The result can be seen above in Davenport's video in which Flappy Bird runs on a Moto 360.

The only problem is that the score is lopped off by the small circular screen. And you get to see the score when you hit a pipe anyway.