Find hidden objects game (AR) lets you search for hand-drawn items in augmented reality, out now on iOS and Android

Lidwien Veugen has officially launched a quirky new mobile game titled "Find hidden objects game (AR)", encouraging players to get moving as they scout for objects in their field of vision. Dubbed as a "modern twist on the classic Where's Wally searching games", the title uses augmented reality to engage players on a hunt for hand-drawn objects around them.

In "Find hidden objects game (AR)", players can expect to move around and tilt their device to find virtual objects in their environment. These objects feature a charming hand-drawn art style that adds pretty bursts of colour to players' hunts across the floor, the ceiling, and basically wherever they may be.

The game boasts five kinds of experiences for players to tinker around with, along with varying difficulty levels as well. Each experience will have ten levels each - plus, there's an unlimited arcade mode where players can try to beat their own high score. 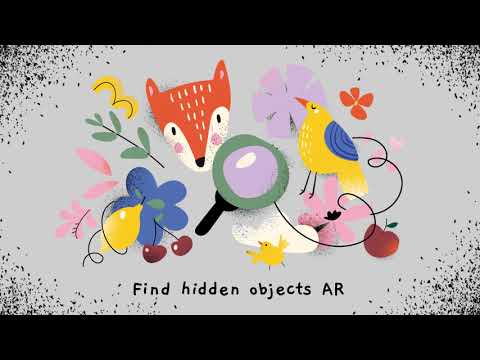 "I like everything creative on the intersection of code, design, illustration and innovation to create mobile games with a fun twist!" says Wienelware, solo indie app/game developer.

If you're keen on joining in on all the fun, you can download "Find hidden objects game (AR)" on the Google Play Store for Android devices and on the iOS App Store. It's a free-to-play game with in-app purchases. You can also visit the official website to learn more info about the studio's lineup of games, or take a little sneak peek at the embedded clip above to get a feel of the game's visuals, mechanics, gameplay and more. It seems like the game has a handy hint function as well to help you out in a pinch.

Are you on the hunt for more similar titles that will put your skills to the test on your mobile device? Why not take a gander at our list of the best Android puzzle games?

Next Up :
The House of Da Vinci 3 drops new trailer to tease the puzzle game's upcoming release