Square Enix’s beloved Final Fantasy Pixel Remaster now adds Final Fantasy IV into the mix, bringing the classic story to new audiences and old fans alike. To celebrate the return of one of the OG RPGs, there will be a 20% discount on Steam, as well as limited wallpapers and music tracks up for grabs for players who purchase the title on the platform before September 23rd.

The critically acclaimed Final Fantasy IV follows an epic tale of love and betrayal, all with upgraded pixel graphics and a remastered musical score. Dive into the story of dark knight Cecil, captain of the Red Wings, in his fight against the Kingdom of Baron. Along the way, you’ll join forces with a host of colourful characters such as Kain the dragoon, Rosa the white mage, and Rydia the summoner. 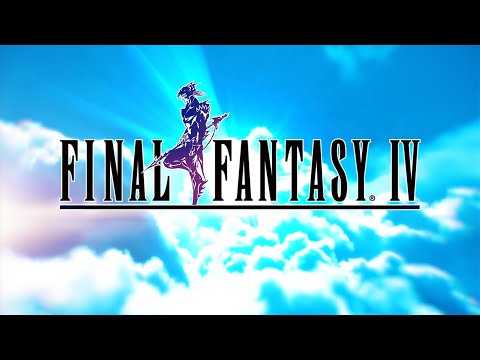 The 2D pixel recreation of the classic title also features a real-time Active Time Battle (ATB) system on top of the deep and rich narrative, as well as various convenience updates. This includes redrawn graphics and wonderfully rearranged soundtracks, which have been overseen by Nobuo Uematsu - the original composer - himself. Controller and touch controls have also been improved, with a modernized UI plus auto-battle functions to adapt to the mobile space.

This comes with quality-of-life improvements such as the bestiary, an illustration gallery, and a music player. And finally, to the delight of mobile gamers out there, there will also be a function to save at any time for on-the-go players.

Final Fantasy IV is available to download on the App Store and on Google Play for a price tag of $17.99. You can also visit the official Final Fantasy pixel remaster series website to stay updated on all the latest developments.

Looking for more RPGs? Check out our list of the top 25 best RPGs for iPhone and iPad (iOS)!

Next Up :
Marvel Future Fight adds Shang-Chi characters into the RPG to coincide with the upcoming theatrical release of the film