Would you Adam and Eve it?

Apple is well known for its conservative nature in terms of what apps and games are allowed onto the App Store.

Even so, it's ironic that global charity Wellcome Trust's hidden word game Filth Fair - as developed by UK studio Toytek - has managed to get itself caught up in a discussion about what is and isn't acceptable.

The game itself is based on a piece of artwork from renowned painter Mike Wilks (who did The Ultimate Alphabet books, also turned into an iOS game by Toytek), which feature 331 words related to filth, dirt, hygiene, and the history of cleanliness and waste products.

You reveal the words by tapping on the various objects in the scene, and using the clues, whether hints, cryptic clues, or word jumbles, to work out what they are. Objects include obvious tie-ins such as dung beetle and dust mite, but extend out to more complex things such as Adam - made from the clay of the earth - or, topically, radioactive waste.

The point of the Wellcome Trust publishing the game is that it's part of its Dirt Season, which also features a BBC TV series, an exhibition in London, and various other events at 'dirty locations in the UK'.

But it wasn't all the talk of poo and other excremental substances that got the game into trouble.

Instead, it appears a couple of bare breasts were the cause of the problem - as you can see in these before and after images, taken from a pre-release version of the game we had access to, and the version now available on the App Store. 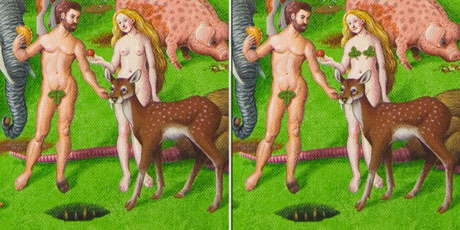 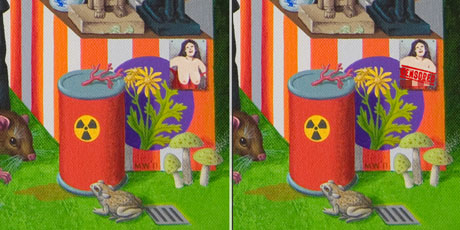 Still, the good news is you can now get Filth Fair - which is a free app - for your iPhone, iPod touch and iPad, although for some reason it's age-rated 17 so you'll get a warning popup to click through when you download it.

You can find out more about the painting and app in the following video. 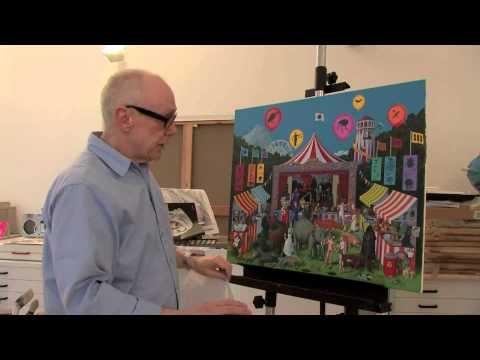 The creators of novel iPad find-'em-up Filth Fair on the moral, medical, historical, and scientific dimensions of dirt