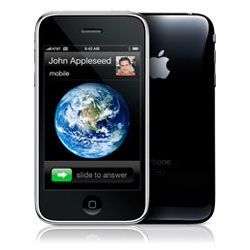 With nearly 2,000 games on the App Store, you can bet that selecting the ten best titles of the year is a tall order. Since July, we've seen more than our fair share of underwhelming clones and lacklustre ports.

However, there's been plenty of praise for numerous new games that never before could have been possible. iPhone has certainly given rise to a new style of gameplay and each of the following titles demonstrates the point. From racing to puzzle-solving to platforming, there's a little bit of everything. In just six short months, iPhone has hosted an enormous range of games and our list serves as an indication of that variety.

Games have come a long way since the launch, too. The expectations established by early titles like Trism and Asphalt 4: Elite Racing have quickly been adopted by developers. Online connectivity has turned from a desired feature to a requirement for many games, for example. Achievements, which have been popular as Pickup Points on N-Gage, are gaining steam in games as well. Today's outlook is tomorrow's standard, which has us excited for what the next six, 12 months holds in store.

For now, though, rifle through our Top 10 iPhone games of the year and start downloading!