iOS + Android
| Farm and Mine

If you like farming simulation games, then you are in for a treat. Farm and Mine, developed and published by Airport, has just been showcased during the Pocket Gamer's Launchpad 5 Day 1 stream. And it's simply beautiful.

Farm and Mine is a pretty straightforward game that combines farming, Population growth, and industry.

First is agriculture, where you focus on growing crops to feed the population. Some of the produced crops, like vegetables, fruits, etc., can be sold directly at the market, while other crops like wheat will take a long production chain to be consumed. For example, it will first be sent to the windmill to be converted into flour and then to the bakery to bake bread, and then you can sell the bread.

As the population grows, you will have more workforce, which is a currency in the game to upgrade production automation. For example, you can spend money to increase the farm fertility and then spend workforce to work in the idle mode, without the need to click on it. (However, you can always increase the production speed of anything by tapping on the facilities).

Keep in mind that you will have to build additional houses or else your population won't grow. To make more houses, you will need to expand your industry.

You start by mining clay to produce bricks; later on, as your game progresses, you will unlock other materials such as Iron, Coal, etc., which will allow you to build skyscrapers.

The industry will also provide additional production chains to produce goods for your population and provide special growth boosts.

You can earn prestige points in Farm and Mine by restarting the game whenever you feel that progression has slowed down. These prestige points can be used to increase an aspect of the game - you can increase the housing capacity, price level, production efficiency, etc.

Some of the exciting features of Farm and Mine are: 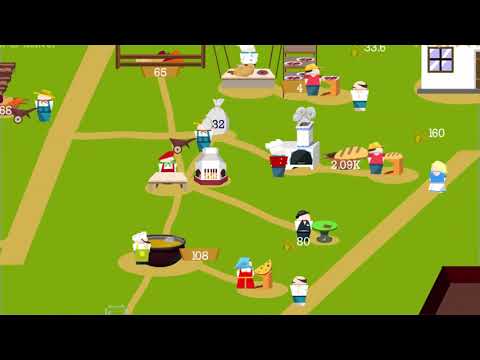 Farm and Mine have just been released globally

Farm and Mine, the newest game from Airapport was shown during the Pocket Gamer Launchpad stream on August 12. Players can now download the game from Google Play or Apple Appstore.

Farm and Mine features over 25 unlockable facilities that form production chains, 18 inventions, 6 permanents upgrade types and provide hours and weeks of fun exploration, management, and construction.

Head to the PocketGamer LaunchPad hub to find all of our exclusive announcements from our two-day event
Next Up :
Honkai Impact 3rd is launching version 6.2 The Chrono and the Hare soon