Running from today until July 13th

Empires & Puzzles, Small Giant Games' popular match-3 fantasy battler, has just received a fairly sizeable content drop in the form of its Empire of Sand event. It's set to run from today until July 13th, giving you two weeks to get involved and reap as many rewards as possible.

Empire of Sand introduces seven all-new characters to add to your ever-expanding roster, as well as fresh power-ups like Sand Trap and Magic Lamp that are said to grant exclusive power. Beyond all that, there's also a new and extensive questline to work your way through. You can expect 60 stages of varying difficulty to take on, and some of the rewards up for grabs include crafting items, ascension items, and Class Emblems. 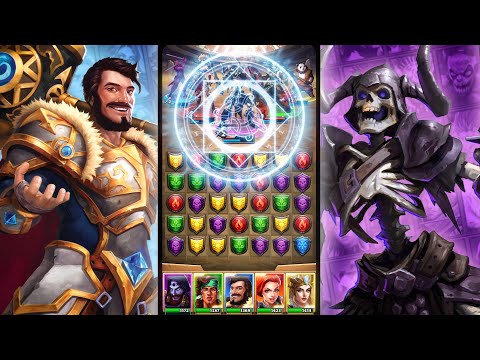 "Events are a crucial part of Empires & Puzzles. We love engaging our players with new challenges and introducing new gameplay modes and heroes they can enjoy" said Timo Soininen, CEO of Small Giant. "We are incredibly proud of our team that continuously provides our fans with new stories and heroes within our game."

For those not in the know, Empires & Puzzles blends match-3 battles, base building, and hero collecting elements to great effect. Its fantasy setting is filled with dangerous creatures to duke it out with, including dragons, skeleton warriors, and even bipedal pandas.

If you like the sound of this particular genre splice, you'll find Empires & Puzzles available for download now as a free-to-play game from over on the App Store and Google Play. And remember that the Empire of Sand event will be live for a limited time only, so best jump in sooner rather than later.

Hunting for some top-tier puzzle games? Well, here are 25 of the very best for iPhone & iPad
Next Up :
Emblem Heroes is a strategic JRPG with card-battling elements available to play via Facebook Instant Gaming