While tower defence games often see you trying to ward off hordes of enemies attempting to mow down your base, EF Defense offers something new in the form of dynamic backgrounds. From monstrous serpents to the arm of a god offering you a boon when foes become too overwhelming, these unique surprises keep the game interesting for genre fans and non-fans alike - and we've listed down a few more reasons to dive into this title right here.

Ekkorr's colourful tower defence game offers players a single-minded vision as to why they're doing what they're doing from the get-go: you have to defend the land of abundance from the Darkness that's plaguing the continent of Akaros by rallying Heroes across all tribes.

With this goal in mind, you need to collect and train the right Heroes from different tribes and level them up to unlock their special abilities. Only then can you properly defend Akaros from those that mean to do it harm, whether they're descending spectres harassing the townsfolk or pesky goblins trying to steal your treasure. 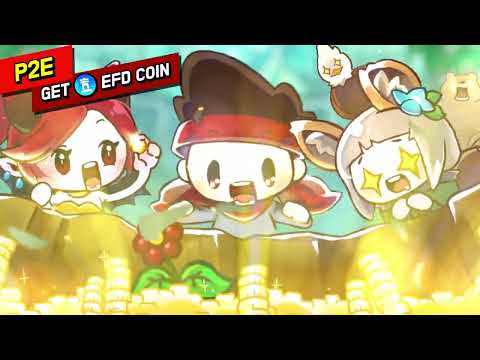 Static backdrops have no place here - EF Defense boasts dynamic landscapes where stone golems, vengeful tree sprites, giant mushrooms and even Death himself can swoop down and lend a helping hand when push comes to shove.

Unique dungeons will take you everywhere from ancient villages to ice fortresses, while things like a massive UFO might even swing by to add to the overall madcap mayhem on every level. You can also set specialised traps to make sure no enemy will set foot inside your territory without suffering your army's wrath. You can also hatch Protectors from eggs to help you turn the tide of battle in a pinch.

There are more than 70 Heroes from 6 tribes to collect, which include Human, Elf, Orc, Undead, Angel and Demon. You can boost their strength and combat power - as well as their survivability - on the battlefield by gathering the right weapons, armour and accessories for each unit, with six parts and more than 200 pieces of equipment to tinker around with.

During your downtime, you can expand your structures to make sure you're prepped and ready for the battle ahead. In particular, the Hall of Territory lets you increase your harvest efficiency and combat buffs, while the Pub offers you a place to recruit new Heroes via the game's gacha system. The Temple of Blessings lets you evolve your heroes, while the Shop sells valuable items that can aid you in combat as well. 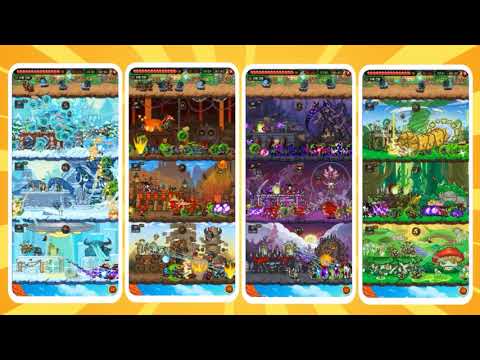 Apart from the regular tower defence levels, you can also engage in varied combat modes in the Frontier, Arena, Tower of Trials and more. In particular, the Frontier lets you conquer enemy bases, while the Arena pits you against others to see which army is the strongest. The Tower of Trials, on the other hand, lets you put your skills to the test by climbing up floors to defeat powerful guardians for special rewards.

To top it all off, the latest update to the game is adding a special Hero Awakening feature that lets players use Pet Fragments to awaken their hero when their pet reaches 5 stars. Doing so will boost their hero's abilities for more firepower in combat. Additionally, the new Death Knight boasts a Grim Reaper pet as well as four powerful skills - including one that actually buffs up all undead allies and demon heroes with increased Haste, Accuracy and Evasion. That's definitely a handy skill to have in the heat of battle.

Of course, social butterflies can also have their fill with the rich Guild content in the game, allowing players to engage in some co-op play as well. The game is a must-play for fans of the tower defence genre, or for anyone who enjoys a good combat challenge across colourful visuals.

If you're ready to defend against everything from frogs that skip floors to goblins that pop up via portals, you can download EF Defense on the iOS App Store and the Google Play Store. More events and live ops are coming soon as well, so stay tuned to the official Twitter page , Facebook page, and on Medium to know more.

What's A Preferred Partner Feature?
From time to time Steel Media offers companies and organisations the opportunity to partner with us on specially commissioned articles on subjects we think are of interest to our readers. For more information about how we work with commercial partners, please read our Sponsorship Editorial Independence Policy.
If you're interested in becoming a Preferred Partner please click here.
Next Up :
Everything we know about Haunted Chocolatier by the creator of Stardew Valley