Keeper of the shame

EA's CEO Andrew Wilson has almost, sort-of, nearly apologised for the free-to-play Dungeon Keeper reboot. Speaking to Eurogamer, Wilson described what happened with the title as "a shame".

He went on to add that EA had "misjudged the economy".

I think he means they got the pricing structure of the game wrong, rather than suggesting that EA misjudged the entire economy of the world and that somehow made it release a game no one liked.

But apparently EA as a whole has learned two valuable lessons from the whole debacle.

Firstly, "where you are dealing with IP that has existed in the past, even though you're reinventing it for a new audience, you have to do your best to stay true to its essence."

And secondly "when you're thinking about any business model, premium, subscription, free-to-play, value has to exist. Whether it's a dollar, $10, $100 or $1000, you have to deliver value, and always err on the side of delivering more value, not less." 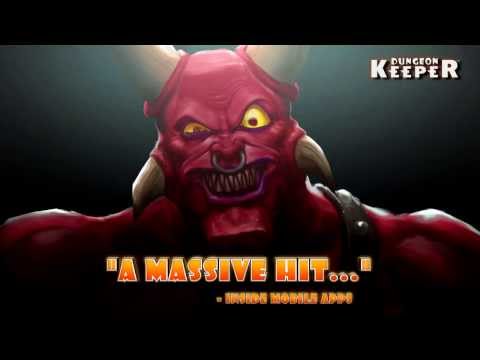 There is a slight suggestion in that last comment that Wilson thinks there wasn't any value to Dungeon Keeper, which is a pretty interesting thing to say.

So has EA learned its lessons? Dungeon Keeper was last updated in May. It's still free-to-play, and it doesn't appear to have been rebalanced to offer much more 'value' since it came out in January.

It'd be interesting to see what sort of Dungeon Keeper EA would make if it stayed true to those two big lessons, although I expect the outcome would still enrage the vast majority of DK fans.

Here's hoping if EA does decide to reboot any of its other older franchises, the end result is something a little more palatable.

10 gaming franchises that have been ruined by in-app purchases

Dungeon Keeper on iOS: did you really expect anything better?