10 gaming franchises that have been ruined by in-app purchases

My recent review assignment list has thrown the issues around micro-transactions in mobile gaming into very stark relief indeed.

At one end of the spectrum is Hearthstone: Heroes of Warcraft, an absolutely brilliant game that you can play for absolutely nothing.

At the other end is Rollercoaster Tycoon 4 Mobile, in which you have to pay upfront for an experience designed purely to keep you paying over and over again.

This demonstrates at once how free-to-play has the potential to be both the saviour of our hobby and its destroyer, depending on how publishers approach the model.

Sadly, the negative experiences with the model outweigh the positive ones at the moment by a considerable margin. It's particularly galling when some of your favourite franchises get stomped all over by the dreaded micro-transaction monster, trampling your childhood into the ground with greedy and reckless abandon.

So, in the hope that it might encourage a few more industry publishers to approach free-to-play the right way, here are ten of the worst F2P offenders.

Given that I've already highlighted how bad this is in my introduction, it has to be first on the list. And it deserves to be: this is an absolute stinker of a game. Here, all challenge, interest, and fun has been removed for the sake of promoting micro-transactions. Yet, the game isn't even free.

It's been cunningly designed to look and feel just like the charming, intoxicating Rollercoaster Tycoon games of old. Yet it's nothing more than a cruel nostalgia trap, a deceptive crust beneath which lurks a bottomless pit of greed.

It's hard to imagine either a 'better' practical demonstration of the perils of micro-transactions or a worse idea of a reboot for a once-loved franchise. 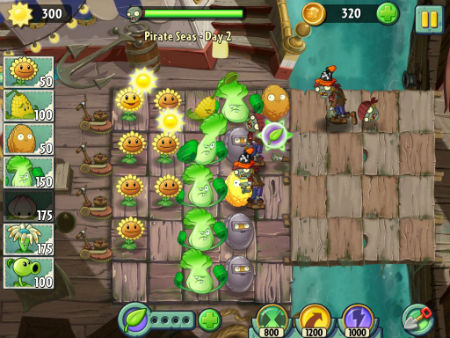 After that unpleasantness, it seems only fair to highlight one of the lesser offenders, the sequel to the much-loved tower defence game Plants vs Zombies.

This flora and fauna-based follow-up uses one of the more sensible free-to-play elements, so it's possible to unlock most of the game for free. To do so, you have to collect a certain number of stars in the preceding levels.

Sounds fair enough, sure. In order to encourage you to cough up, though, the game hits you with difficulty spikes meaning progress without paying requires a lot of tedious grinding.

The result is that while the lane-defence mechanics remain as fun as ever, the rhythm, accessibility, and charm of the original are lost. Hence, the original got a Gold Award, while the sequel only picked up a Bronze.

Where's My Water? 2
By Disney - free on iPhone and iPad 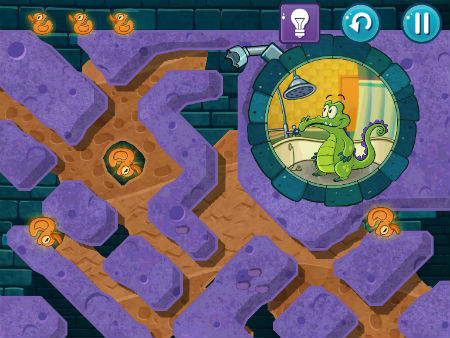 The original Where's My Water? had a few flaws as a puzzle game, but some top-notch production values and an endearingly daft theme and narrative more than made up for these minor shortcomings. Accessible, family-friendly fun was the best description for this sure-fire mobile gaming hit.

For the sequel, Disney sadly decided to add what's probably the most hateful free-to-play feature of all. Yep, an energy bar that limits your play time unless you wait... or pay.

Unsurprisingly, a mechanic that puts successful puzzle runs at a premium ruined the experience for anyone who wasn't super-patient or super-rich.

Which, funnily enough, didn't include all those family gamers who loved the original. It's official: free-to-play makes innocent children cry. Although in fairness to Disney, an update did eventually remove the worst freemium elements from the game.

Real Racing 3
By Firemonkeys - free on iPhone and iPad 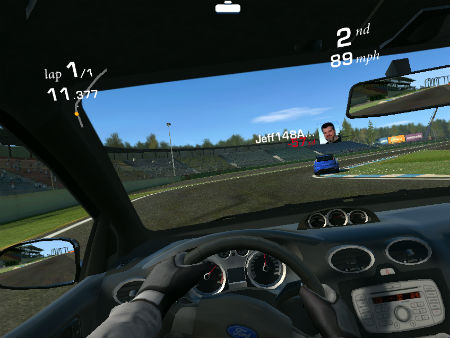 The Real Racing franchise has been in the pole position of iOS driving series ever since the original debuted in 2009. And the second game in the series was good enough to land an ultra-rare Pocket Gamer Platinum Award.

The third title in the franchise went down the free-to-play route. Aside from ludicrously expensive in-game purchases of ludicrously expensive real-world cards, the catch here was that your cars needed post-race repairs which were hard to afford and for which you had to wait a considerable period... unless you paid cash.

In an attempt to make this as necessary as possible, all the other drivers on the grid suddenly became intent on smashing your car to bits in every race. Which, as it turned out, was still entertaining enough to merit a Gold Award. Saying that, it did turn what was originally a tense driving simulation into a daft knockabout.

Arena of War
By Mobage - free on iPhone and iPad 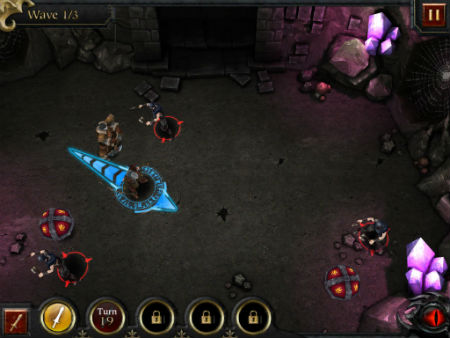 While not an established series as such, the Dungeons & Dragons licence was once home to a rich line-up of superb games.

All that changed when Wizards of the Coast leapt on the free-to-play bandwagon with Arena of War. While this proved a tolerable enough slingshot physics game, virtually all of the complexity and detailed themes that makes Dungeons & Dragons games so interesting had been removed, presumably to catch as many 'whales' as possible in its net.

The result is a game that was entirely worth playing for about 30 minutes, and not a second more.

Dungeon Keeper
By Mythic Entertainment - free on iPhone and iPad 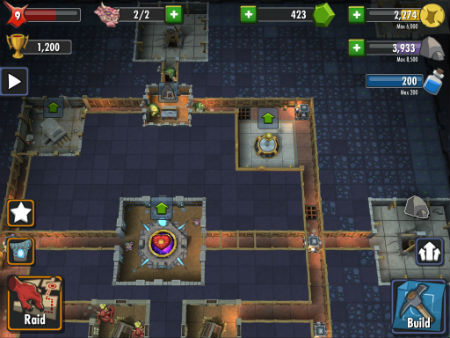 Resurrecting such a classic title for the modern mobile market meant overcoming pitfalls no matter what approach was chosen.

It's unfortunate, then, that the publisher chose the worst of all possible worlds by turning this IP into an odious free-to-play title, packed with timers, delays, and underhand tactics designed to ensure success and profit in the face of overwhelming hostility from press and players.

We actually thought the gameplay wasn't all that bad, handing the game a Bronze Award. But it's hard to focus on the positives when the publisher seemed hell-bent on making it as devious and objectionable as possible.

Theme Park
By Progressive Media - free on iPhone and iPad 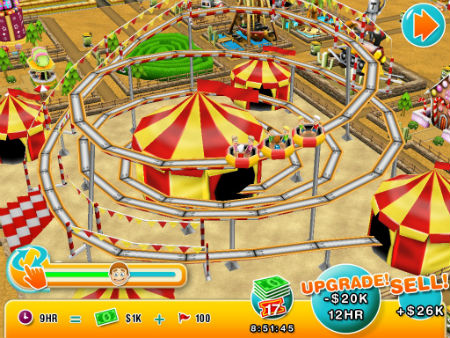 Theme Park marked the beginning of an evolutionary chain that led to the excellent Theme Hospital and, eventually, the Rollercoaster Tycoon games.

It is perhaps ironic, then, that it's rebirth as a mobile game foreshadowed all that was to be truly awful about Rollercoaster Tycoon by several years.

Drained of anything remotely entertaining in favour of simplistic tapping and IAPs, this should have been a triumphant return rather than a soggy squib.

It did outdo its successor in one staggering way, though: some of the rides were IAP only and cost £60 or more. But, hey, at least the base game was free, right?

The original Fairway Solitaire was a bizarre yet brilliant melding of solo card game and golf. In truth, this was a surprisingly addictive mixture of puzzle, strategy, and chaos. We gave the game a Silver Award.

No such accolade greeted its successor. While at first sight it looked like what you'd expect from a sequel to a popular franchise - most of the original mechanics intact with a few novel twists - players quickly encountered insane difficulty spikes.

The reason for this suddenly uneven difficulty? A free entry price and a new IAP system based around purchasing retries. The likely effect was franchise fans deleting the game in disgust.

Dungeon Hunter 3
By Gameloft - free on iPhone and iPad 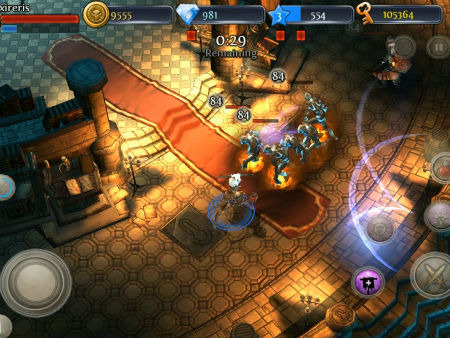 The original Dungeon Hunter was one of the very first games I purchased for my very first iPad. And being a lover of tactical dungeon hacks, I found it entirely worth the investment. As such, I went in for the sequel, too.

Part of what I enjoy about games like this is the story. No matter how many appalling fantasy clichés the creator shoehorns in, there's something endlessly appealing about a hero and his trust sword saving the world from impending evil. You may know where it's going, but the sense of narrative keeps pushing you through the game.

So, I was pretty sad when the third instalment jettisoned even a weak attempt at an original story in favour of cardboard cutout monster-bashing 'bait'. I was even sadder to find the switch must have paid dividends when the fourth iteration stuck with the same model. 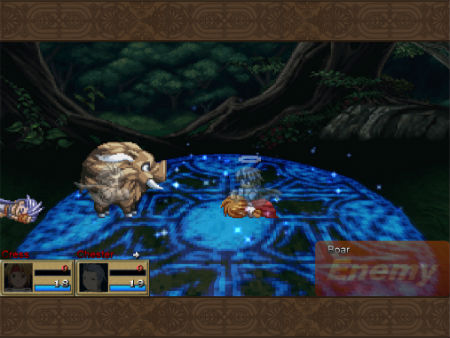 Ports of classic JRPGs to mobile are nothing new, though most of them are pretty expensive. You might think they're fairly priced for games with 30-40 hours of play time, but Namco Bandai considerately decided to extend their appeal to the free-to-play crowd.

Sadly, it chose to fund this largesse by buffing the bosses in the game to a ludicrous degree, making them essentially unbeatable unless you purchased healing IAPs.

Dungeon Keeper on iOS: did you really expect anything better?