While details about the game are pretty scarce at the moment, Dragon Quest Keshi Keshi now has a Google Play and App Store page if you're eager to know more information about its Japanese release. We do know that it's very different from the other Dragon Quest mobile games available out there, as it's a puzzle title that seems to combine match-3 elements with adventuring inside a magical book. 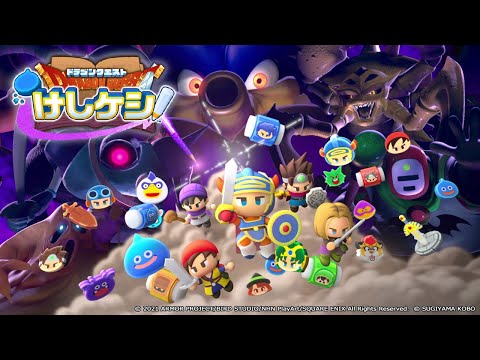 From the teaser trailer embedded above, the game apparently follows the tale of fan-fave franchise characters as they literally erase the evils of their world. Yes, your main characters are essentially adorable erasers, and they seem to be on a quest to get rid of malevolent sentient drawings that have magically sprung to life from books.

You will need to match similar erasers to unleash powerful skills that will help you clear each stage and progress through the levels. While playing as erasers may not make much sense, it does seem like the game can be pretty engaging thanks to the adorable characters from the franchise.

Dragon Quest Keshi Keshi will be available to download on the App Store and on Google Play later this year, with a worldwide release to follow. You can also visit the official website to stay updated on all the latest developments.

Are you on the hunt for more match-3 madness to play on your mobile device? Why not have a look at our list of the top 10 best match-3 puzzle games for iPhone and iPad (iOS)?

Next Up :
Pokemon Go League is being updated for the Mythical Wishes season