Divinity: Original Sin 2 – Definitive Edition is heading for iPad soon after being unveiled at WWDC 2020

No concrete release date just yet, however

As first spotted by Touch Arcade, Larian Studios' critically acclaimed RPG Divinity: Original Sin 2 – Definitive Edition is set to release for iPad after being unveiled at WWDC 2020. The game initially launched to a positive reception on PC back in 2017 before eventually making its way to consoles, most recently including the Switch in September last year. There's no release date just yet beyond a fairly vague 'soon'.

The video where the game was unveiled can be found over on the Apple website, with the part about Divinity: Original Sin 2 – Definitive Edition starting at around 9 minutes and 6 seconds. For the most part, it's the title screen and a brief shot of gameplay on an iPad Pro as they discuss debugging features, which I assume is interesting stuff if you're that type of techy individual. I'd rather just see the game. 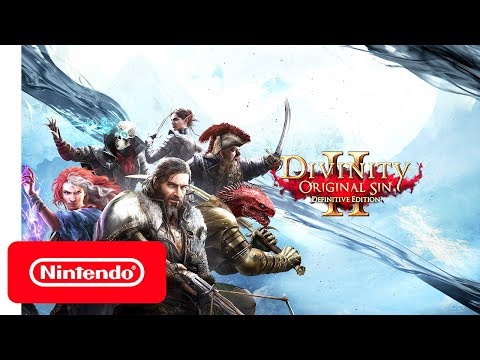 It's certainly strange to see a game announced with fairly little fanfare and being buried in a video about new debugging features. Regardless, it'll definitely be welcome news for the plethora of Divinity fans that exist out there, particularly those who like the idea of playing the game on the go but don't own a Switch.

If, somehow, you're a fan of RPGs but haven't heard of Divinity: Original Sin 2, it's a lengthy RPG where a single playthrough will clock in at around 200 hours. It has a host of in-depth systems that give players access to a variety of complex tactics.

Divinity: Original Sin 2 – Definitive Edition will be heading to the App Store at some stage in the future. There's no date or pricing announced at the moment but we'll be sure to keep you updated.

Looking for more top-tier RPGs to play while you wait for Divinity's arrival? Here are 25 of the best available for iPhone and iPad.
Next Up :
UNDECEMBER set to celebrate Valentine's Day with a bunch of free upgrade materials and EXP buffs

Divinity: Original Sin 2 is now available to play on iPad