The mythological lore of Farlight Games’ anime RPG Dislyte keeps on expanding with the addition of new heroes called Espers. The newest addition to the roster of powerful characters is Gaius, and he takes after the leader of the Greek gods. Blessed with the power of Zeus, Gaius can shake the world with his ability to control the skies and bring lightning and thunder whenever he pleases.

Gaius is an extremely strong character and that’s reflected in him being a rare five-star Esper. As a result, this hero is only available in the God King Mode to make it a fair fight. Zeus’ might is translated into Gaius with his DPS centric abilities. The ruler of Olympus himself will grace Dislyte, albeit only for a short period of time between August 23rd and September 9th.

While Zeus’ addition to the game may be for a short duration, he will leave a very strong impact because of his immense addition of Dislyte’s lore. Turns out, Gaius is the first person to discover his godlike powers when Miracle spread throughout the planet. The event was horrifying for most die to the death and destruction, but the Espers benefitted because of their newfound powers. 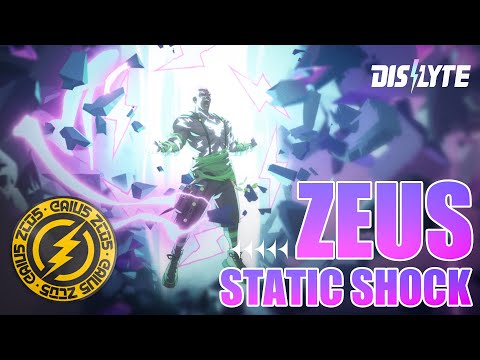 That is not to say that the Espers didn’t have their fair share of losses as well because Gaius lost his wife Hannah thanks to his cataclysmic event. In fact, this led to him unlocking his Esper potential. Hannah’s death pushed him over the edge because of his rage and violence, which revealed to him his hidden powers. Subsequently, he defeated his wife’s killers and to stop all the evil on the planet, Gaius formed the Esper Union.

Gaius himself is quite different from most of the Espers as his methods are quite unnatural as stem from his desire for revenge, which he must get in any way possible. While many may not agree with this ideology, it seems to be working for him quite well.

Experience all this raw power by downloading Distyle now for free.

Next Up :
Old School RuneScape introduces the Tombs of Amascut, a brand new dungeon next week