You've decided you want to be the finest captain of the seven seas in Dice Brawl? Well, it's good to have a hobby I suppose. Don't know what the game is? Well you can check out our review right here.

Anyway, we've put together a list of hints and tips to make sure that you're going to be coming out on top in all the brawls that you face. Oh, and if you've got your own hints, feel free to toss them in the comments section at the bottom of the page.

Think before you fight

Sometimes it's tempting to jump straight into a brawl after you've landed on another player's fortress. But check how your health is doing, and the strength of the fortress before you make any rash decisions.

If you're in a strong position with the number of fortresses you own, and you're close to the end of the game, then getting into a dangerous fight could easily rip defeat from the jaws of victory. Play smart and you're in with a better shot.

The shark trap card is particularly useful, because it damages players whenever they land on it. However, there are ways to bypass it.

Some ships let you jump to an empty space on the board. If that gets you past the trap, then there's a decent chance it'll be gone before the next time you get to it. 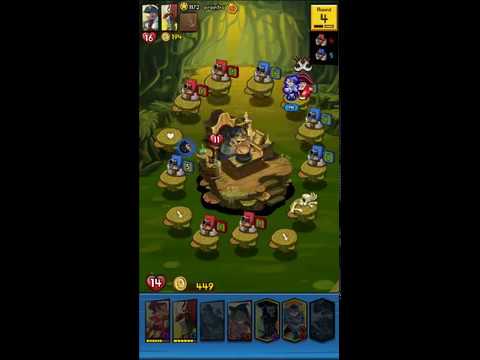 Building up a good deck of cards is the best way to win. Plenty of the cards you'll face have counterparts that are doubly useful when your opponent has played one of their own.

Watch what other players do, and try to build a deck that's designed to counter attack when the time is right. Having a trap, a card that deals fortress damage, a card that buffs your scrapping power, and a card that damages the other player is a good set up.

If you wait long enough with your roll, you can often see what the other player's dice are showing. That means you can plan accordingly thanks to the meter that comes up when you're rolling.

For example, if your foe has rolled a 1, 2, or 3, then it's always worth hitting the even mark in the centre of the meter. The worse that could happen is that you'll draw, and you've got a 2 out of 3 chance of winning the fight.

Fighting, and winning, against the big boss in the centre of the level will give you boss tokens. These can be used to unlock chests on the main screen.

It's not a tactic to rely on, and it won't get you any closer to winning an actual round, but if you're within rolling distance of the correct space, and you're already doing well in the match, then spending a buff card can get you even greater rewards once the fight is done.
Looking for more digital board game guides? Then check out Table Tap's how to section right here

Next Up :
Anime Fighting Simulator codes to redeem (January 2022)