Following the initial announcement back in February, the latest Dead Cells DLC, The Queen and the Sea, is now available on iOS and Android for $3.99. On top of that, Playdigious has also released a free update that introduces plenty of new content to the roguelike Metroidvania.

If you've missed our previous coverage on The Queen and the Sea, it introduces a new and alternative late-game path to Dead Cells, allowing you to take in different scenery to the usual castle walls and Distillery. Instead, you will make your way through a sunken vessel or climb a gigantic tower.

Along these routes, you will come across two new bosses waiting to put your skills to the test. One of those bosses is the titular Queen of the DLC. Before you can reach her, though, you will need to best her Queen's Guardians in combat, which won't be an easy task. Fortunately, there are new weapons to grab as you progress, including a hook hand, trident, and a throwable shark. There are also new outfits and pets to collect. 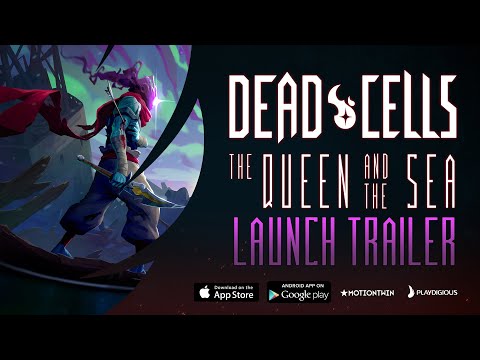 If you're not sold on the Queen and the Sea DLC, there is still new content for you to enjoy. The latest update adds the Practise Makes Perfect mode, which allows you to sharpen your skills in Training Room before heading out into the main game.

Alongside that, the Everyone is Here! content has also arrived. It adds weapons and outfits from an array of other excellent indie games, including Hollow Knight, Blasphemous, Hyper Light Drifter, Guacamelee, Skul & Curse of the Dead Gods.

Dead Cells is available now on the App Store and Google Play. It is a premium game that usually costs $8.99. However, you can currently snag it for $4.99 for a limited time. There are also additional in-app purchases for the various pieces of DLC.

Looking for other Metroidvanias to play on your phone? Check out our list for some suggestions
Next Up :
Black Desert Mobile opening beta tests to all players in Chinese regions this month