Dark Fear takes you back to the '80s with a retro-style creepfest, out now

Trail back through the pixels

It's been a while, Dark Fear, but finally you're here.

We first spotted Dark Fear in October 2015 due to its creepy pixel art. It's styled to look like a horror-themed Sierra adventure game from the 1980s.

Back then ,we were hoping it would come out by early 2015. It didn't but it's out now, arriving somewhat appropriately on Friday the 13th.

"You wake up in pitch blackness," reads the story teaser. "You have no idea who you are, where you are or how you got here - it's up to you to figure it out!" 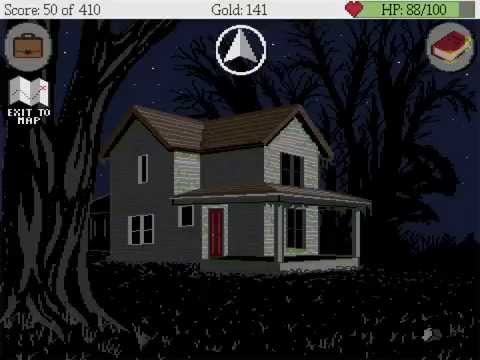 You'll have to solve this mystery while exploring forests, getting to know local villagers, and upgrading your weapons and armour to slay your foes.

Yep, this is both an RPG and adventure game, I suppose.