NEXON Co., Ltd. has announced the official launch of Counter: Side in Japan, letting players immerse themselves in a world where an “erosion phenomenon” threatens the existence of the human race. The free-to-play cross-platform RPG will supposedly launch globally before the year ends.

In Counter: Side, players can expect top-level production values when it comes to voice acting, animation, character design, and a theme song performed by popular Japanese voice actress, Nana Mizuki. Set in the year 2044, the game puts players in the shoes of the Boss of Administration of a private military institution. As part of your responsibilities, you'll need to command units called "counters" to fight the good fight against Corrupted Objects.

To celebrate the launch of the game in Japan, Counter: Side is offering special promotional items and exclusive merch up for grabs at the “New Comic Market 99” in Tokyo on December 30th and 31st. 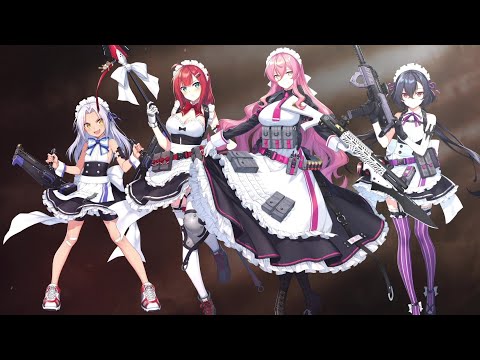 Visuals look absolutely gorgeous, with live2D graphics and a wide variety of characters you can also build affinities with. Based on the footage online, it does seem like the game is giving off strong Punishing: Gray Raven vibes, in my opinion, which isn't a bad thing at all.

Counter: Side is an urban fantasy JRPG available to download on the iOS App Store and on the Google Play Store for Android devices. It's a free-to-play game with in-app purchases. For now, you can feast your eyes on more stunning visuals by taking a sneak peek at the embedded squad showcase clip above, or heading on over to the official website to stay updated on all the latest developments.

Are you on the lookout for more anime-style role-playing titles that'll keep you entertained on your mobile device? Why not take a gander at our list of the top 25 best JRPGs for iPhone and iPad (iOS)?