Devsisters has launched its food fighting title Cookie Run: Kingdom on iOS and Android devices after receiving a colossal amount of pre-registers.

It’s a base-building RPG set in the Cookie Run series where you bring together beloved characters from the food-based franchise and introduces new ones to do battle against each other.

Expanding on the popular Cookie Run universe, your goal is to out-bake your opponents by enlisting different cookies to create a dream team. Over 200 story levels you will build tasty strongholds, fight for the Kingdom and uncover secrets of the past as you fight to the last crumb.

Check out the trailer below to see more of the game in action. As you can see, it looks to be pretty chaotic but also filled with a colourful aesthetic that will appeal to all players. 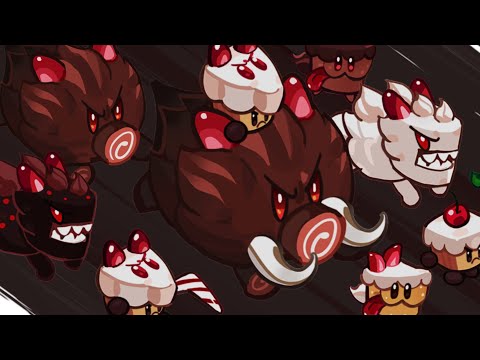 The Cookie Run storyline originally began with OvenBreak (2009) and the later Cookie Run: OvenBreak (2016), where players were introduced to the characters and plot lines. Overall, the game has received more than 100 million downloads worldwide.

“In the 4 years of developing this game, bringing a “next-level” visual experience was our highest priority: Players feel like they’re in a movie far apart,” says Kim Jongheun from Devsisters. “We’ve also greatly enhanced the way our players experience the familiar characters they’ve grown to love from Cookie Run: OvenBreak. In Kingdom, players are creators - choosing Cookies with special powers, building teams, and being part of a mission worth fighting for.”

You can play Cookie Run: Kingdom by downloading it from the iOS App Store and the Google Play Android store. It is a free to play title featuring in-app purchases.

Do you enjoy playing strategy games? If you do, you should read this list by Jon detailing some of the best ones you can play now on your iPhone or iPad.
Next Up :
Gordon Ramsay: Chef Blast is giving players the chance to head to Las Vegas in an all-expenses paid trip and more