Conflict of Nations: WW3 is a real-time strategy game from Bytro Labs that's available now for iOS and Android

Each campaign will apparently last days and potentially weeks

Bytro Labs, a developer known for their strategy titles, have recently released another called Conflict of Nations: WW3, which is available now of iOS and Android. It's previously been available on PC where it reportedly has more than 1.8 million registered players.

Conflict of Nations: WW3 is intended to be a long-lasting strategy game with each campaign taking anywhere between several days or weeks at a time, meaning you'll potentially need to think very far ahead. Each match is a multiplayer war scenario that spans the entire globe. 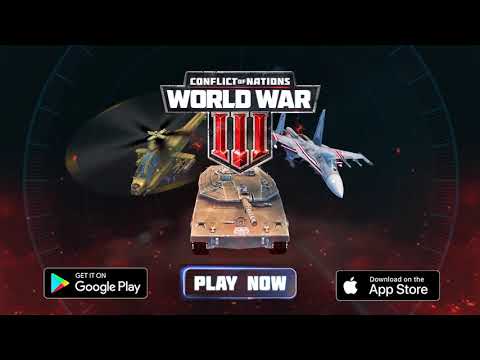 The aim is global domination then and once players have commanded their various units to particular parts of the world, they'll travel there in real-time. This means it can take a while for them to carry out their objectives, allowing players to dip in and out of their current campaign to tweak their decisions and relay new commands.

There will also be plenty of the usual strategy micromanaging to contend with throughout each campaign too. Each nation will need to be carefully managed and developed by researching new units, building infrastructure, taking care of the economy and even dabbling in diplomacy to forge alliances with other players.

Simon Dotschuweit, Dorado Games Studio Head discussed the game's arrival on mobile, he said: “We’re thrilled to welcome mobile players to Conflict of Nations. Whether you’re a veteran of countless campaigns or this is your first day on the battlefield, Conflict of Nations is now more accessible than ever before. Use the same account across PC or mobile and you’ll never be far from the battlefield.”

Conflict of Nations: WW3 is available now over on the App Store, Google Play and Steam. It's a free-to-play game with in-app purchases.

Enjoy strategy games? Here are 25 of the best available for iPhone and iPad
Next Up :
Stand at the top of the mafia world in strategy game Don of Dons out now on Android in select countries