Alpha bravo Inc. has introduced a new action title called Combat Master Online. It is an FPS where you have to fight between the armed forces. If you are a tactical aesthetic lover, then this game is definitely for you. It will help sharpen your skills and keep you engaged with a next-level performance that focuses only on quality and improvises every moment.

Combat Master Online is an FPS featuring quality graphics and engaging gameplay. It's all about skill; there are no pay-to-win elements. There is no auto-fire or aim snap, which means it's a treat for hardcore gamers and not so much for beginners.

It features multiple maps, each catering to different playstyles. So, as maps change, you will have to adapt accordingly, or the result might not be the best. As you advance, you get to upgrade your weapons and even customise them according to your preferences. The detailed customisation options are what make Combat Master Online stand out from other similar games. 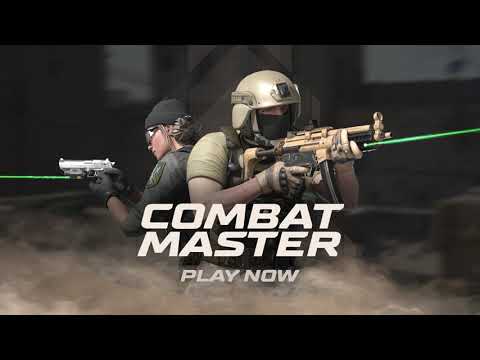 The developers have also stated that Combat Master Online has been optimized properly and it will not cause heating issues even on low-end devices. Players can enjoy uninterrupted lengthy play sessions. As per the claims, the title should not consume much battery life as well.

If you like FPS, Combat Master Online is probably the best and latest option you can pick up this holiday season. It has just been released and has already become quite popular among players. Currently, the game sits on a rating of 4.7 stars on both Google Play and the App Store. It has also been featured on the top charts on both the app stores. Also, check out our list of the Top 25 best shooting games on Android phones and tablets.
Next Up :
FORESTOPIA is welcoming dogs and cats into the cosy island sim in its holiday-themed winter update