Supercell's newest phenomenon is already making waves despite being out in a limited number of countries.

I wasn't a huge fan of Clash of Clans to say the least but Clash Royale is quite addicting and it's free to play aspect doesn't limit your experience at all.

It's a mix between a trading card game, a tower defense and a MOBA. You use cards to place units that then automatically attack one of three forts. If you destroy the main fort or all three, you win. It's simple, fast and efficient and it's the a good multiplayer experience on the go.

If you were wondering when you could get your hands on the game outside of the soft launched countries, we now have an answer for you! Supercell announced today that Clash Royale is coming out next month on iOS and Android with this video: 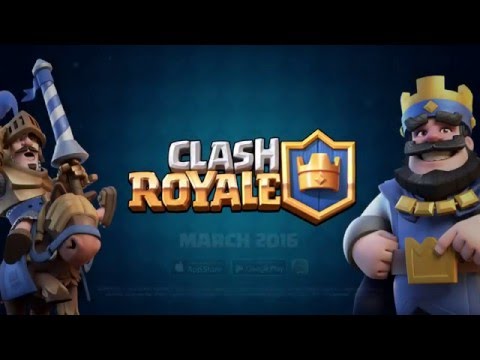