There are some big names here

Preparations for the Clash Royale League are well underway, as Supercell has announced the official lineup of professional European and North American teams that will be taking part in the competition.

The list is comprised of many of the most recognizable esports teams you might already be familiar with, including Cloud9, Team Liquid, Team Solomid, and Immortals. Tribe Gaming, which won the 2017 Vainglory championship, will also be repping North America. 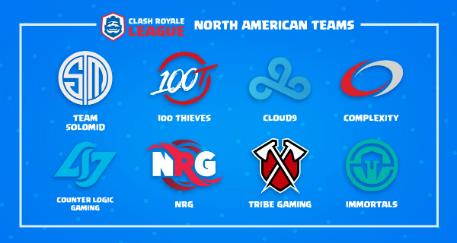 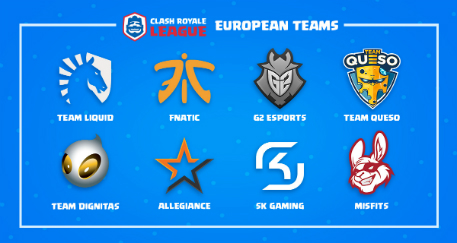 With teams settled, it’s time to get busy building up rosters and preparing for the league’s first season to get underway. At the start of the Clash Royale League Challenge, we caught hints that some of the challenge winners would be recruited to some of these big name teams. It will certainly be interesting to see how the final team rosters turn out.

Want to try your hand at competitive Clash Royale? Our Mobile Minions guide is here to help you go pro.