It’s time for the craziest party ever! Supercell’s extremely popular title Clash Royale is turning six and is hosting a massive celebration. It's called Royale Crown Down and is set to be the Clash Royale community’s most ambitious event to date. It has been downloaded a whopping 1.4 billion times with a huge number of active players. The festivities will involve 12 special teams representing a Clash Royale unit and a popular content creator leading the squad. Players can also sign up to join one of the teams.

Royale Crown Down kicks off on March 12th and players will have nearly two weeks to participate in the event. There are loads of fun activities and in-game challenges for everyone that will reward points, achievements, and much more. Completing these challenges will also help boost team rankings that are updated on a daily basis. There’s nothing to lose and a lot to win in this competition. 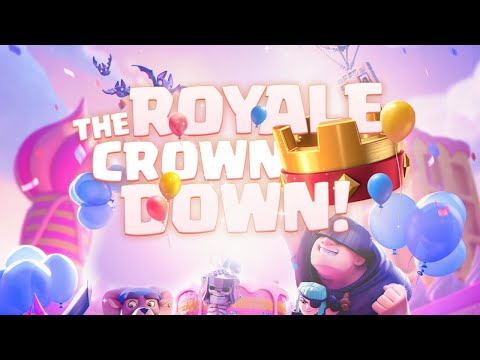 The winner of the Royale Tournament Event Challenge will receive an invaluable reward at Supercell’s headquarters in Helsinki, and it will forever cement these players as champions in Clash Royale’s history. That doesn’t sound like something to miss out on. The tournament will run from March 12th to 16th, followed by a 2v2 challenge between March 17th to 20th, and the birthday bash ends with an Infinite Elixir Challenge from March 21st to 24th.

There are also numerous exclusive rewards waiting for players. Quests will provide additional rewards like the Healing Buddy emote, magic coins for captains who can distribute them in the community, access to other special events, and more. The Royale Crown Down’s official website outlines all of this in more detail and is also where players can pre-register for the event.

Are you ready to win the Royal Tournament Event and become immortalized in Clash Royale? Then download the game for free on the App Store and Google Play.

Also, check out this list of the best multiplayer games to play on mobile!
Next Up :
Phobies turns your fears into cute monsters that fight on a hex-based battlefield, out now on Android and iOS