Level Infinite has announced the official release date for Chimeraland, its open-world RPG on mobile and PC. Launching on January 6th, the sandbox title lets players explore a vast and mystical world where majestic beasts roam the land.

In Chimeraland, players will encounter a host of magical beasts that they can either tame and befriend or battle in epic fights. There are four continents to discover across nine billion square feet of maps, where players can build their settlements, roam around freely, or gather resources. They can also go on exhilarating monster hunts as well as treasure hunts alongside strange and enchanting animals in the wild.

Players can also capture beasts as pets, or farm resources in order to craft certain equipment and special artifacts. Beasts can be customised to a player's liking, with both PvP and PvE elements for all kinds of gamers to sink their teeth into. 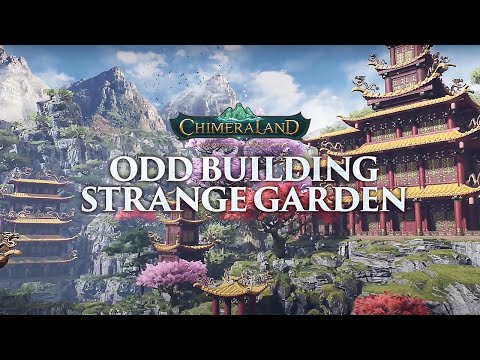 Based on the video clips that are constantly being released on the game's official YouTube channel, it does seem like a breathtaking new world with limitless possibilities, topped off with gorgeous-looking graphics and character designs. Pre-registration is currently ongoing on the official website for Indonesia, Malaysia, Thailand, Singapore, and the Philippines, with special gifts like Cowries x 1888, Legendary Pill x 5, and Pet Egg x 1 for those who sign-up.

If you're curious to see how the game looks like, you can head on over to the official website to know more about the game's world and its story. You can also check out Chimeraland on the Google Play Store for Android devices, or join the community of followers over on the game's official Facebook page to stay updated on all the latest developments.

Are you on the lookout for more open-world titles on your mobile device? Why not take a gander at our list of the top 15 best open-world games for Android phones and tablets?