By Catherine Ng Dellosa
| May 9

Level Infinite has announced that sign-ups for the Closed Beta Test of Chimeraland are now open, giving players first dibs on the massive sandbox RPG. The free-to-play open-world title features an impressive bestiary of ancient creatures inspired by Eastern mythology, and is coming to North America this year for both iOS and Android devices.

At the moment, Chimeraland fans can sign up for the CBT on PC and Android if they're based in Canada. Apart from the beasts that players can tame and capture, the game boasts deep customisation as well, and the lucky few chosen to participate in the CBT can get their hands on the title from May 12th to May 17th.

Monsters captured can be evolved into new “Chimeras” that have their own unique abilities, appearances and skills. Players can also tinker around with the strategic “evolution and devouring” system and do battle across the 1000-square kilometre world. 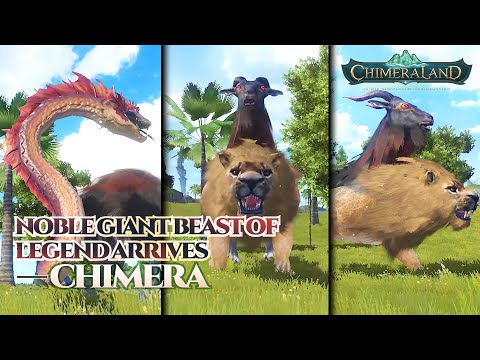 If you're eager to get your hands on the expansive title ahead of its launch this year, you can sign up for the Closed Beta Test on the official website, or check it out on the Google Play Store for Android devices or on the iOS App Store. It's a free-to-play game with in-app purchases. You can also join the community of followers over on the official Twitter page to stay updated on all the latest developments. If you're curious to see what the game plays like, you can take a quick sneak peek at the embedded clip above to get a glimpse of the breathtaking "Noble Giant Beast of Legend".

Next Up :
Badland Party launches on Apple Arcade with online and local multiplayer modes