Century: Age of Ashes, Playwing Bordeaux's aerial arena dragon-battler, is landing on Android and iOS devices in 2022. Planned for release on Steam this coming December 2nd, the gorgeous-looking action PvP game will now soar through the skies and drop onto both consoles and mobile as well next year.

In Century: Age of Ashes, players fight for dominance in the skies to become a legendary Dragoneer. You can customize your dragon and set fire to your enemies with style throughout three varied game modes, which also includes 3v3 to 6v6 arena battles. The game features cross-play and cross-progression as well, making sure that you don't lose any data from PC to any other platform.

In particular, the Carnage mode is a 6v6 team deathmatch while the Gates of Fire mode is a capture the flag-esque competition through the skies. There are also three unique classes with special abilities, with more classes to be unlocked in the future. 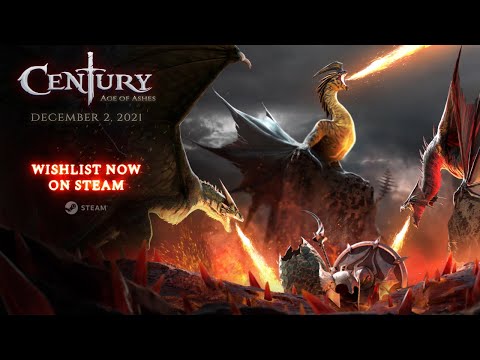 "We’ve received a lot of requests from our PC community and enthusiastic console players about a console release for Century: Age of Ashes," says the Playwing team. "Community feedback is very important to us, and as we’re feeling confident our game is ready for its PC launch on December 2nd, 2021, we also want to excite console gamers with news of plans to release the game on PlayStation 4, PlayStation 5, Xbox One, Xbox Series X, and Xbox Series S in 2022. We’re also working on a mobile version that will launch later in 2022."

Century: Age of Ashes is a free-to-play game with in-app purchases that are purely for cosmetics. Matches are supposedly won through skill, so free-to-play players won't be at a disadvantage. There's no exact release date yet for the mobile version, but you can visit the Steam page to know more about the game.

Want more PvP games? Why not have a look at our list of the top 28 best multiplayer games for Android phones and tablets?