Cave Shooter is an idle shooting game developed and published by EYOUGAME(USS). The game has just been released globally and is now available on both Android and iOS devices.

Cave Shooter is a very straightforward idle shooting game where you set out on adventures that involve a lot of shooting and running. As the player, you become the hero tasked with defeating the evil tribe that has attacked your homeland. However, when you are not fighting, you can construct buildings. Constructing buildings allow you to perform activities related to Talents, Adventures, Forge, Pets and Hunting. 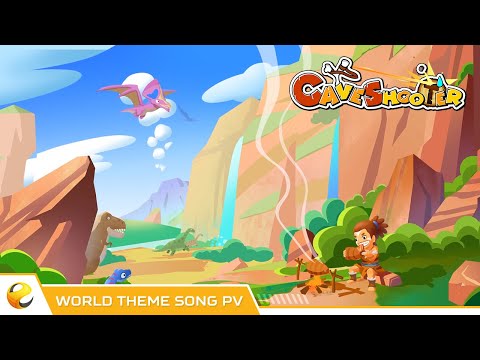 The game offers 10+ rooms, each with different rewards and gameplay to be discovered. The room types, yield, and gameplay are all generated randomly, which means you will never run out of excitement. Players can start their primitive hunting in a primaeval forest, snow-capped mountains, vast deserts, and a world where dinosaurs still exist! Fancy, right?

Overall if you have played games like Hunt Royale and enjoyed them, then you should definitely give Cave Shooter a try.

Cave Shooter has been released globally

Cave shooter has just been released globally. The game is now available to download on both Android and iOS devices. You can download it now from Google Play or the App Store if you're interested.

Over 2 million players were pre-registered for the game. This itself gives us an idea of how many players had been eagerly waiting for the game to release. The developers have also announced login rewards for all players who download the game early.

So, if you want to grab the in-game login reward package that includes Neko Hunter x1, G3 Gem Chest x15, Ancient Soul x30, Coin x30000, all you have to do is download Cave Shooter and login into the game.

Looking for more adventure games? Check out our list of the Top 15 best adventure games for Android phones and tablets.
Next Up :
Doomsday: Last Survivors has soft-launched in selected countries around the world for iOS and Android