Catchee, a new musical arcade game from developers of PKTBALL, releases for iOS and Android this week

Laser Dog, the developer behind hit games like PKTBALL and HoPiKo, announced its newest project, which is coming later this week. Catchee, a musical arcade game featuring some very upbeat visuals and a cute chibi art style, arrives for both iOS and Android this Thursday.

Catchee is one of those physics puzzlers where you will slide across the screen attempting to catch falling items from the sky without missing any. The items in this particular case are fish roe that you’re attempting to catch in a bowl, but there are plenty of unlocks within the game that will allow you to grab other items in other types of vessels as well. These include things like popcorn in a bucket, eggs in a frying pan, and strangely enough, poop in a toilet. 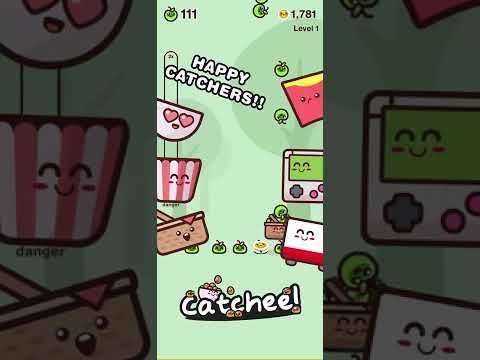 Alongside this gameplay loop, the big catch to make Catchee more unique is the music side of things. There’s a fully original soundtrack to listen to here, and plenty of unlockable songs. But that’s not where things end. You see, Catchee’s big thing is that the songs are your stages, as you will spend the entirety of whichever piece of the score you choose catching your items and will need a certain score to pass the stage.

Once you pass the stage, you can use your points to unlock new songs, which are essentially new levels. This all amounts to a pretty different take on the catch-falling-things genre of puzzlers, and also allows you to listen to some real banger tunes whilst doing so. This all also means that the faster and wilder songs will amount to harder stages, so be on your best reflex game as well if you intend to top every song available to you.

Catchee and all of its puzzle gameplay and catchy tunes will be out on Thursday for free on both iOS and Android. Currently, it is not on the storefronts just yet, so stay tuned to Laserdog's Twitter for the official release. It will also feature an in-game currency for buying new songs and themed items, and include opt-in ads to gain that currency as well. If you’re really impatient, you can also check out the Testflight version you can play right now exclusively on iOS as well.

Looking for more hot new releases to get excited about? Check out our best upcoming mobile games in 2022!
Next Up :
Puzzle Adventure is a supernatural-themed puzzle adventure that's out now on iOS and Android