Castle Rush is a new merge tower defense game, out now on Android

Castle Rush is a brand new merge game that promises players a thrilling tower defense experience. Old-school strategy games inspired the gameplay, and the developers have aimed to design a modern incarnation of such titles with Castle Rush.

Similar to most defense games, Castle Rush will also require players to collect various resources to build their towers, which begins as a simple structure and can eventually be upgraded to a huge ballista or turret for epic battles against dragons.

Castle Rush requires players to use proper strategies and carefully merge their resources to grow their castle. Players will have a limited number of moves they can make per day, who can spend their moves to build structures during the day. During the night, dragons will arrive to attack and try to pass the defensive lines to damage the castle.

Players will also find golden coins all over the field, which can be merged into a chest that helps to refill moves. Every 10th day, they will encounter the Dragon Queen, who appears with the intention of destroying the castle. Players will have to carefully manage their resources before the arrival of the giant Dragon boss. 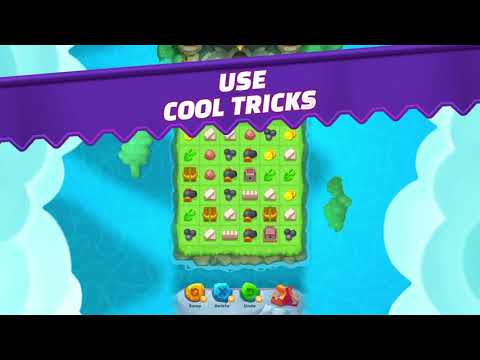 Castle Rush will also have a lot of magic boosters such as Swap, Delete, and Undo abilities that are bestowed upon players by the royal mages.

Castle Rush is an entertaining title designed to provide players with an enjoyable gaming experience. The game's requirement to make proper strategies with future repercussions, limitation of usable moves per day, attacks only at night, and the arrival of the boss dragon on each 10th day are all features that highlight the developer’s intention.

Castle Rush offers players a slow burn experience, where the progress might be slow, but the rewards are exceedingly high in due time.

Castle Rush has just been released on Android and is available to download for free from Google Play.

Also, check out our list of the Best upcoming mobile games.
Next Up :
YOULOFT GAMES's Dungeon Hero is out now in early access on Android