Call of Dungeon: Devil's Quest lets you help a greedy miner escape the devil's den, out now on iOS and Android

In case you missed it, Call of Dungeon: Devil's Quest has officially launched on iOS and Android, letting players explore a block-based dungeon to collect artifacts and escape to safety. The quirky title features various dungeons players can explore, as well as complex challenges that will put their dungeon-crawling skills to the test on mobile.

In Call of Dungeon: Devil's Quest, players follow the tale of the wayward miner named Christopher whose greed leads him into the treacherous devil's den. The protagonist's quest for gold has now become a quest for survival, as he'll have to collect various artifacts for Mephistopheles to escape from this trap.

The game features a wide variety of items, gear and equipment that will boost the hero's survivability in the dungeon, as well as plenty of bountiful rewards players can score every day. There are also adorable pets players can encounter along the way, with simple one-finger touch controls to ease mobile playability. And for those who are looking for something a little more competitive, they can vie for the top spot on the leaderboards to see who can rank first. 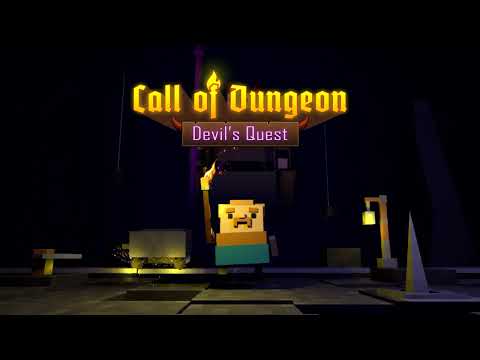 If you're eager to join in on all the fun, you can download Call of Dungeon: Devil's Quest on the Google Play Store for Android devices and on the iOS App Store. It's a free-to-play game with in-app purchases. You can join the community of followers over on the game's official Facebook page to stay updated on all the latest developments as well, or take a little sneak peek at the embedded clip above to get a feel of the game's visuals, gameplay and mechanics.

Are you on the hunt for more similar titles that will put your skills to the test on your mobile device? Why not take a gander at our list of the best Android puzzle games?

Next Up :
Puzzles & Dragons welcomes The Fist of the North Star once again for another collaboration event