Music has long been an important part of the Zelda mythos, from the Ballad of the Windfish in Link's Awakening to the titular Ocarina of Time.

But it's never been as fundamental to the mechanics of a Zelda game as it is in Cadence of Hyrule.

The result is one of the most refreshing fantasy adventures we've been on since Zelda went open world in 2017's Breath of the Wild. And it wasn't even made by Nintendo.

This is the rhythm of the fight

The title of the game is a dead giveaway that this isn't a purebred Zelda game.

Cadence of Hyrule is actually more like a Zelda-themed sequel to Crypt of the NecroDancer, the brilliant 2015 rhythm action-roguelike from indie developer Brace Yourself Games. 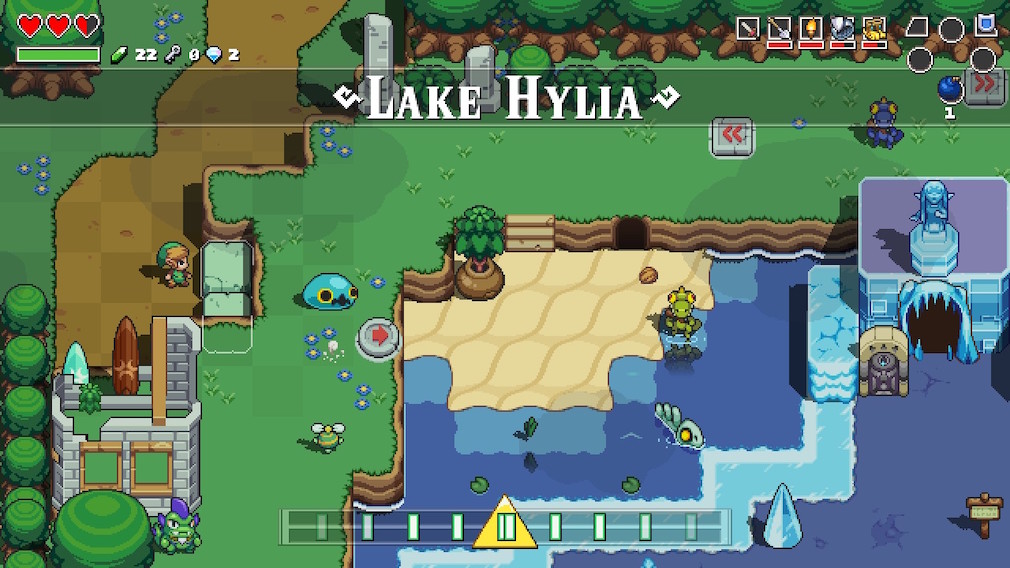 Yet somehow, Cadence of Hyrule manages to nail the very essence of Zelda. It's like the perfect cover version, paying faithful tribute to the source material whilst also spinning off in a completely new and inspired direction.

It plays out like a turn-based take on A Link to the Past, but with the key twist that each of those 'turns' represents a beat on some mystical metronome.

Handing out a beat down

As a remixed, uptempo version of a classic Zelda tune plays out in the background, you must tap one of the four cardinal directions on the Switch's D-pad in time to the beat.

Your chosen hero (Link, Zelda, or NecroDancer hero Cadence) will shuffle in that direction, auto-attacking if an enemy blocks your path. 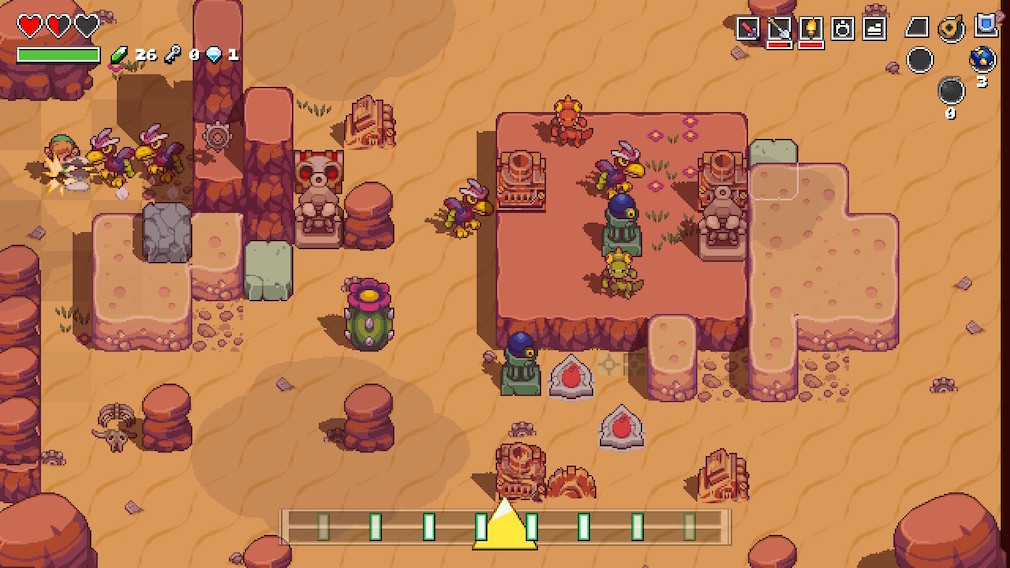 And combat really is at the heart of Cadence of Hyrule. It's essential to your progress that you study the movement pattern of each enemy, and then apply the appropriate evasive moves to counter.

Some enemies will only attack you on the diagonal, while others are indestructible from the front. Still others have damaging area-of-effect attacks that need to be evaded, while some will stand back and pelt you with projectiles.

If the simplified, beat-driven controls make it sound like Cadence of Hyrule offers a dumbed down take on Zelda, think again. You'll still encounter plenty of new weapons and items in your travels, and there's tons of scope for exploration.

Indeed, the sheer number of collectible items here is more in line with Breath of the Wild than any previous Zelda. There's an impressive range of weapons and armour to discover, yet these trinkets are often fragile to the point that growing attached to any one is unadvisable. 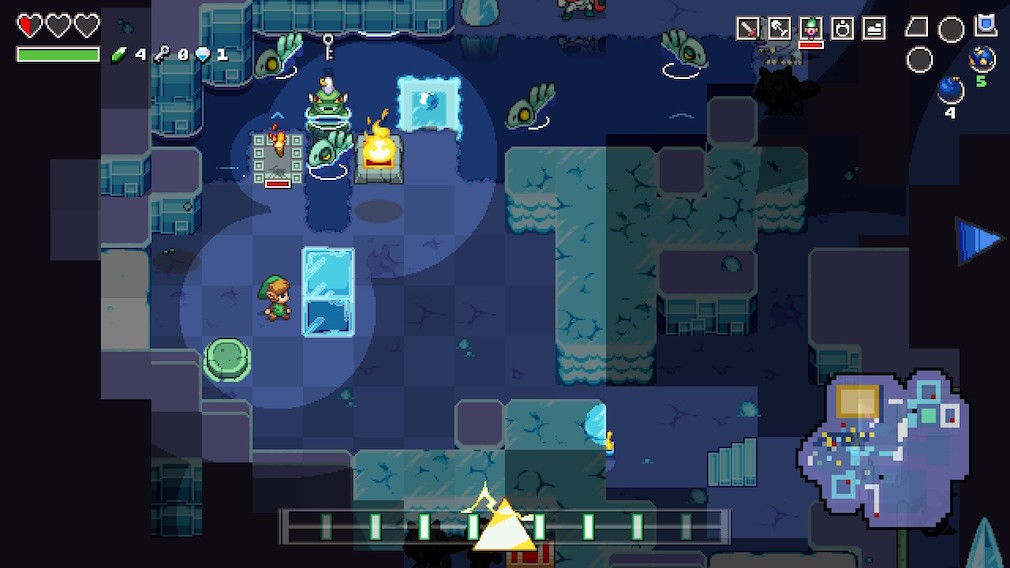 The sheer turn over of shortswords, broadswords and flails (to name just three) comes at a rate that will alarm Zelda traditionalists. You'll lose many of them when you die - and you'll die an awful lot.

Murder on the dance floor

Don't let Cadence of Hyrule's jaunty nature fool you. This is one challenging game. You'll frequently be pitched into battle against a whole bunch of deadly opponents, each with varied attack patterns, and will come up short again and again.

It can be somewhat frustrating to start with, particularly if you're accustomed to Nintendo's frictionless way with a learning curve. But this is where the roguelike nature of the game comes in, gradually doling out more permanent improvements to your health, armour, and attacking prowess.

And it's worth mention here that for all its roguelike underpinnings, you're still exploring a properly laid out approximation of Hyrule. There are ingenious puzzles, themed dungeons, formidable bosses, and a silly fantasy story. You know, like every other Zelda game.

And that's Cadence of Hyrule's true genius. It feels like a prime time Zelda game, whilst simultaneously being the most radical departure you can imagine. It's really rather brilliant, once you fall into its rhythm.

Cadence of Hyrule is a startlingly successful remix of the classic Zelda template, bringing a whole new rhythmic core to the Hyrule we all know and love
Next Up :
Tightrope Theatre review - "Failure is very much an option"