During our LaunchPad #3 event, we announced that Devisisters – the folks behind the Cookie Run series – would be releasing a city-builder that was known as Project Mars at the time. Now, however, we know that it will be called Brixity and will release for iOS and Android during the third quarter of this year.

The aim of the game is to save the Earth after it was devastated over 500 years ago by wars, pollution and other natural disasters. The population fled to Mars in the name of survival but never really settled there, so now they returning to Earth to clean it up and rebuild the formerly great cities once again. 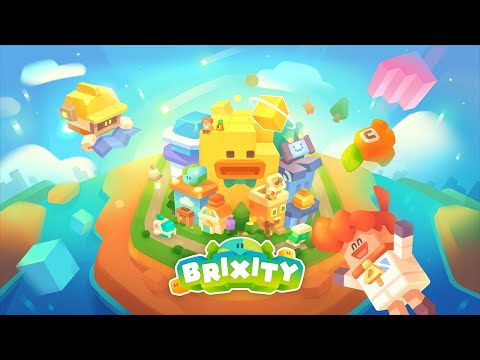 In the game itself, players will become part of virtual communities where they'll be able to create their own cities using different bricks, which are referred to as Brix. They'll also be able to scan the world map to discover their friend's cities and explore them using a dynamic camera. You can check out some gameplay from Brixity in the embedded trailer above. It certainly looks very cute.

Discussing the game, Jeein Kim, Director of Product said: “Brixity is a platform for building customized structures to your heart’s content -– but the trick is how it engages player collaboration with a game that’s easily accessible to all players. We want to see where players will take it.”

They added: “What makes Brixity different is the casual, low-entry-bar to building anything out of your head and the social engagement.”

Brixity is set to release on the App Store and Google Play sometime this year. It will be a free-to-play game with in-app purchases.

Looking for more excellent simulation games to play on your phone? Here are 5 of the best that released for mobile devices last year
Next Up :
Boxing Star celebrates 4th birthday with a ton of free handouts as well as some new content